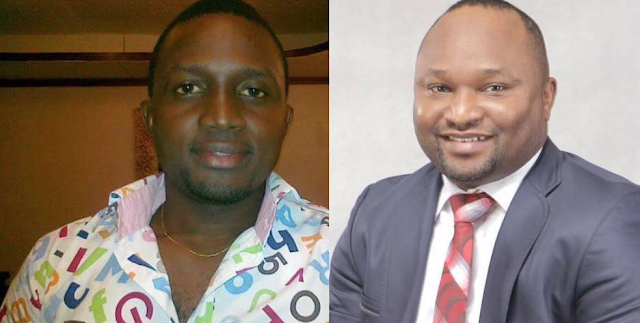 PUNCH Metro learnt that Ubong, who was married with children, drowned along with his brother, Francis, at the Ibeno Beach, Iwuokpom community, in the Ibeno Local Government Area of the state.

Our correspondent gathered that the brothers had gone to the beach for a picnic on Sunday with Ubong’s four children and wife.

Ubong was said to have entered into the beach to swim. There was anxiety when he did not surface from the waters.

Francis, who attempted to save him by also diving into the beach, was reported to have drowned as well.

There was panic around the beach when efforts to save the men proved abortive.

The remains of the victims were said to have been recovered in the early hours of Monday.

A source said, “They went to catch fun at the beach on Sunday. They were eating when Ubong went inside the beach to swim. But he did not surface. His brother plunged in to rescue him, but got drowned as well.”

The Chairman of the Ibeno LGA, Mr. Ifum Udoh, told The News Agency of Nigeria that the authorities were working to prevent recurring loss of lives at the beach, adding that the state government had concluded plans to take over the beach.

The state Police Public Relations Officer, Odiko Macdon, confirmed the deaths to our correspondent, adding that the incident happened around 8.30pm.

He said, “The Skye Bank manager, his children and wife went to Ibeno Beach to have fun. Sadly, he got drowned. His brother died while trying to save him. The family initially did not report the incident. Their bodies floated and the family took them to Uyo. There is no suspicion of foul play.”

Our correspondent gathered that the Ekpe family were members of the St. Anthony’s Parish, Ewet Housing.

The late Ubong, who was said to be a philanthropist, was reported to be the owner of a football betting centre on Udo Umana Street.

The Head, Corporate Communications, Skye Bank Plc, Mr. Rasheed Bolarinwa, while confirming the report, said the bank paid a condolence visit to the family on Monday.

“Another visit is planned for tomorrow, Wednesday, April 11, while a condolence letter on behalf of the management has been dispatched to the family as well.

“Additionally, the bank will be supporting the family with some burial benefits for the burial rites in line with our policy,” he added.

A check on Ubong’s Facebook wall showed that he was last active on the social media platform on October 30, 2017.

On the date, he posted a studio photo of himself, with many of his friends commending his outfit.

Some of the friends fawned over him, saying he could become the next Governor of the Central Bank of Nigeria or the future Governor of Akwa Ibom State, which he acknowledged with thanks.

The praises turned to tributes when it dawned on the friends that he was dead.

“This is just so sad. You were enviable in so many ways. RIP man,” one Akabuokwu Kingsley commented.

Another Facebook user, Peter Asangusung, described the deceased as a good adviser.

“You were a blessing to all around you. You were a big brother and a good adviser, always telling me to be hard-working, but careful in life,” he wrote.

Posted by Lawrencia at 7:24 am
Email ThisBlogThis!Share to TwitterShare to FacebookShare to Pinterest
Labels: NationalNews