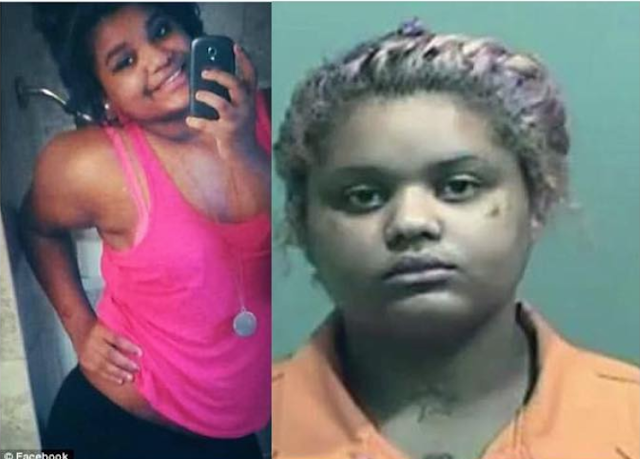 A Michigan teen is accused of killing her father on Mother’s Day because he “would tease her about being fat,” local media reported.

Ameera Corena Stokes, 18, of Muncie, was arrested on May 14 after alerting police that her father, Donald Stokes, 53, was dead, Star Press reported.

Authorities discovered Stokes’ body in the stairway at his home in Mt. Morris Township, about 80 miles from Detroit. Stokes allegedly had been hit in the head with a hammer and stabbed in the chest.

Ameera Stokes was charged with first-degree murder in connection with her father’s death. Authorities said the incident occurred following an argument over “life issues.”

The teenager’s mother, Gretchen L. Brasher, told WJRT her daughter had a tense relationship with her father. Brasher said Stokes father “would tease her about being fat.” “He was very verbally abusive,” Brasher said.

“She [Ameera] had a belly, so he would tease her about being fat. He would like let her have an apple for dessert, while everybody else was having something better.”

Genesee County Prosecutor David Leyton said the teenager struck her father in the head with a hammer. As he lay on a mattress, convulsing, the girl allegedly stabbed him in the chest multiple times, killing him.

Posted by Lawrencia at 7:55 am
Email ThisBlogThis!Share to TwitterShare to FacebookShare to Pinterest
Labels: InternationalNews