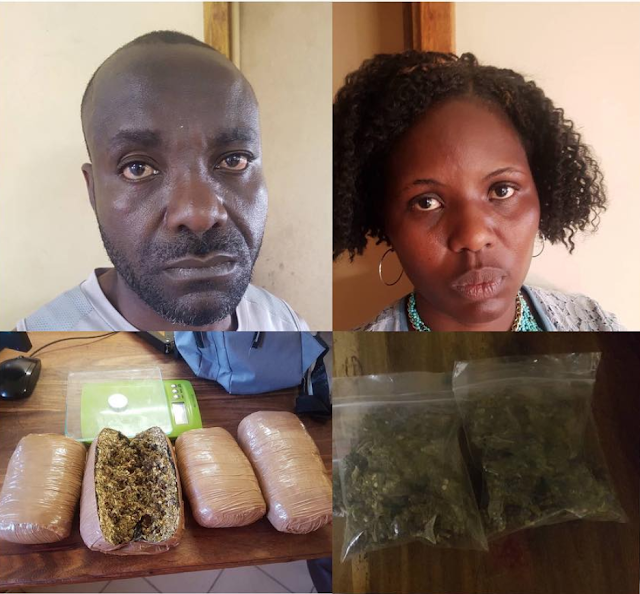 A Nigerian man along with his girlfriend, have been arrested after a large quantity of illicit drugs were found in their possession during a special operation by the drug enforcement division of the Namibian Police in Swakopmund.

According to Erongo Regional Crime Investigations Coordinator, Deputy Commissioner Erastus Iikuyu, “Mwaze Kingsley Eze, 41, and his girlfriend Nghitanua Azelika (32), a Namibian, were arrested for dealing in loafs or blocks and a transparent plastic bag - also known as a bankie - of cannabis.

Posted by Unknown at 6:54 pm
Email ThisBlogThis!Share to TwitterShare to FacebookShare to Pinterest
Labels: Crime