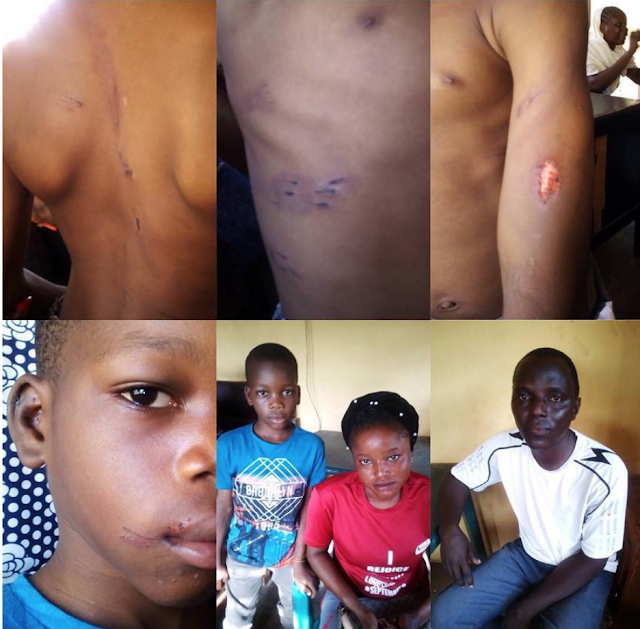 A man has lost the custody of his 10-year-old son in Ikorodu, Lagos after his new wife and the boy’s stepmom battered him with an iron rod and wire for drinking an N20 worth of pap meant for his stepsister.

According to Maria Mordi who rescued the boy: “This constant beating at everyone excuse, had been taking place regularly, which prompted his teacher to give me a call on Monday the 21st of this month, to please come to the boy’s aid.

I immediately visited the school and promptly got the father and his wife arrested and taken to the human right center, where they were locked up!

This case was settled at Thursday the 24th, as the father has signed to release the boy indefinitely to the mother who is seen with her son in the picture. The boy has since left for Kwara with his mum, but not until I insisted that the boy be fully treated at the Ikorodu general hospital.”

Posted by Lawrencia at 10:56 am
Email ThisBlogThis!Share to TwitterShare to FacebookShare to Pinterest
Labels: Crime