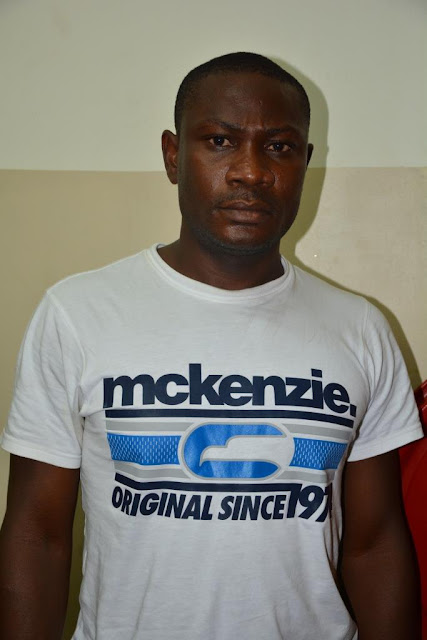 Operatives of the Economic and Financial Crimes Commission, EFCC, have arrested one Felix Idowu, a real estate agent and a graduate of political science, for impersonating Ibrahim Magu, the anti-graft agency’s Acting Chairman.

Idowu had in the assumed capacity swindled unsuspecting victims of their hard earned income. The suspect upon arrest was found with documents which had the signature of the EFCC boss forged.

Prior to his arrest, the EFCC received intelligence report that the suspect while posing as operative of the EFCC requested for money in order ‘to kill’ a petition purportedly written against the complainant.

The EFCC swung into action by asking the complainant to play along while setting booby-trap for the suspect. In the process, Idowu was asked to liaise with the complainant’s personal assistant, who was an EFCC operative undercover. While interacting with the operative undercover, the suspect was lured to Exclusive Stores, Abuja, where he was arrested on Monday, April 30.

Upon search in his Lexus EX 350 car, a lot of documents were recovered including letter of investigation activities on a fake EFCC letter-head paper with ‘Ref No: CTGI/6/vol.1’ and a letter of petition written to EFCC with ‘EFCC stamp received’ bearing Magu's forged signature.

The suspect will be charged to court as soon as investigation is concluded.

Posted by Unknown at 11:45 pm
Email ThisBlogThis!Share to TwitterShare to FacebookShare to Pinterest
Labels: Crime