My Wife Once Added Rat Poison To My Meal, Man Tells Court 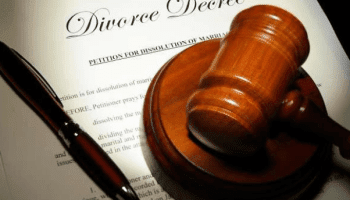 Nazira Ahmad, a housewife, on Wednesday asked the Sharia Court  I at Magajin Gari, Kaduna to dissolve her marriage with one Sirajo Abdullahi over lack of care and trust.

The complainant told the court that her husband had accused her of adding rat poison to his food and had assaulted her severally.

Ahmad who complained of being neglected by her husband for three weeks after she had left her matrimonial home to her parent’s house, urged the court to dissolve their marriage.

“Abdullah had stopped taking care of me and my child, he no longer provides food and our health isn’t important to him.

“I want this honorable court to compel my husband to divorce me as he is no longer interested in me and I have no peace of mind anymore”, she added.

The defendant, however, disagreed with her claim of not taken care of her, saying that he always provide food and medical care and does not assault his wife.

He revealed that she had once added rat poison to his meal which he never took, adding that he had suspected her of having extramarital affairs.

“There was a day I woke up from sleep and couldn’t find my wife, I waited till 12:00 am before she returned, she lied to me that she had gone to meet her brother,” he said.

Abdullahi added that he still loves his wife and wouldn’t want to divorce her and prayed the court to give him more time to settle with his wife.

The judge, Malam Dahiru Lawal, after listening to both parties, gave the couple up to May 9, to settle their differences.

Posted by Unknown at 11:10 pm
Email ThisBlogThis!Share to TwitterShare to FacebookShare to Pinterest
Labels: Crime