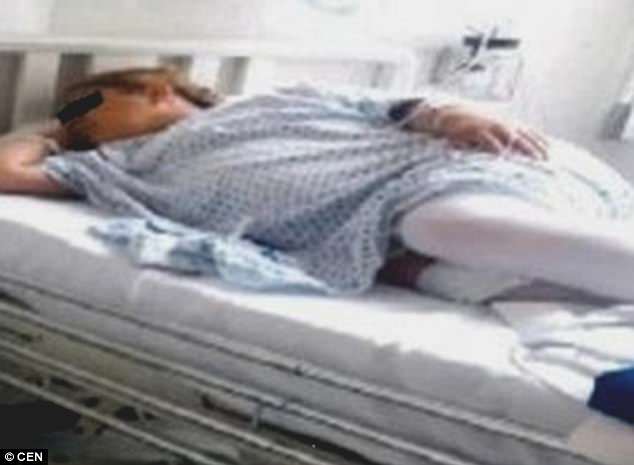 Doctors treating a drug mule who said she was pregnant and the baby was not moving found a kilo of cannabis with clumps of earth still attached in her vagina.

The woman, named as Gloria C., 37, complained of pains in her stomach and told doctors she could not feel her 'baby' moving inside her at the Ruben Lenero hospital in the Mexican capital, Mexico City.

When the doctors could not find a heartbeat for her 'child' Gloria, 37, was transferred to the specialist Women's Hospital where she was operated on. 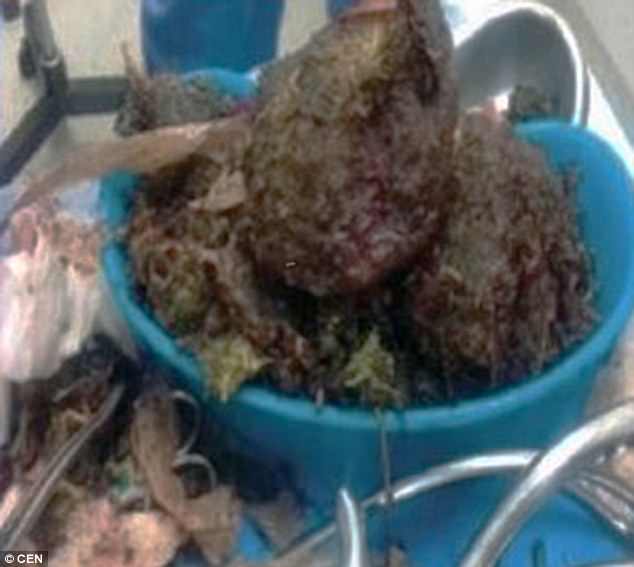 As they were operating the surgeons reportedly found at least one kilogramme (one lb two oz) of recently picked cannabis in her vagina and abdomen, and no baby.

The drugs had been wrapped in masking tape that had broken and still had clumps of earth attached, according to reports.

Images show the huge clumps of cannabis in a bucket in the hospital.

The doctor responsible for the operation, Lourdes Yanez, took all the cannabis out of Gloria's body and delivered it to the Public Ministry, according to reports.

The woman was detained and taken to a court to answer to 'crimes against health' but in a twist the judge argued that her detention was not legal, and therefore she was allowed to walk free.

Officials from the State Prosecutor's Office told reporters that they will continue investigating the case and they hope to call the woman back to court soon.

Gloria was reportedly found guilty of the same crime in 2010 and 2015.

She told the authorities that she lived in Ixtapaluca, a city in the state of Mexico, but she refused to say where the drugs had come from.

Posted by Unknown at 10:46 am
Email ThisBlogThis!Share to TwitterShare to FacebookShare to Pinterest
Labels: InternationalNews