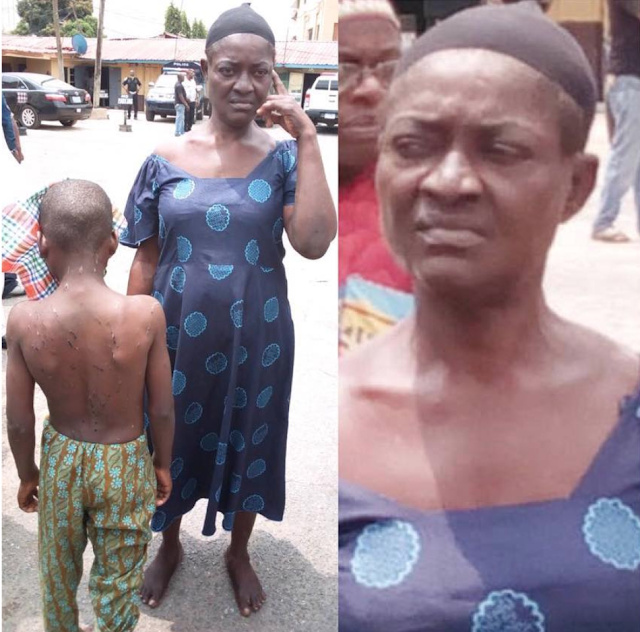 The Police in Lagos on Tuesday said they have arrested a 45-year-old woman for allegedly maltreating an 8-year-old boy after accusing him of being a wizard.

Commissioner of Police in Lagos State, Edgal Imohimi, said: “This is a case of man’s inhumanity to man reported by one Chinonye Iyonetu, 8-years-old,  against one Charity Iyonetu of Animal Kingdom, close to Seme Border, Lagos.

The complainant alleged that the suspect is the elder sister to his father. That sometime in 2016, the suspect came to their village, Agbaai, Nkota LGA of Imo State and brought him to Lagos after his mother abandoned him and left to an unknown place.

He claimed that the suspect always maltreat him, accusing him of being a wizard. However, the ordeal of the little boy came to the fore when on May 9, at about 9am, the suspect use horse whip a.k.a Koboko, to flog the complainant, inflicting injuries all over his body.

She thereafter locked him in her one room apartment with his two hands tied behind his back and left to her shop. The complainant was crying and shouting for help which made one Peter Aluku to call the Police.

When the police team arrived, they broke the door of the house and rescued the child”. Imohimi said that the suspect would be charged to the Special and Sexual Offences Court as soon as investigation was concluded.

Posted by Unknown at 8:32 am
Email ThisBlogThis!Share to TwitterShare to FacebookShare to Pinterest
Labels: Crime