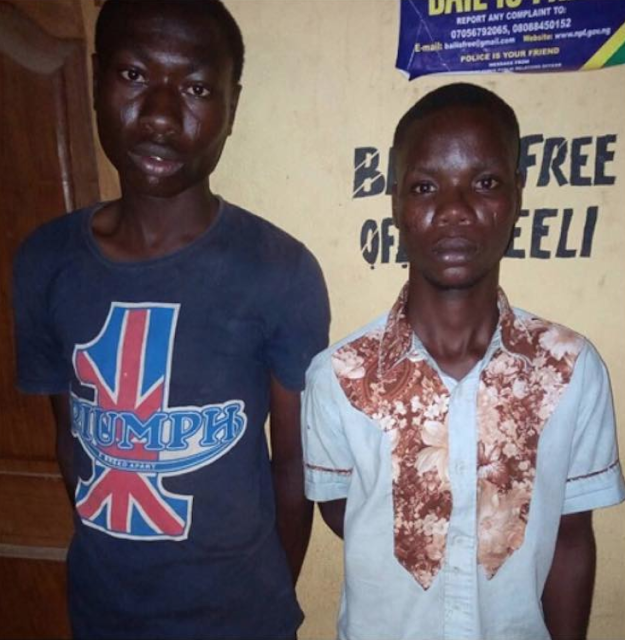 Two men, Abiodun Ishola (19) and Kehinde Oloyede (18), have been arrested by the Ogun State Police Command for allegedly gang-raping a 14-year-old girl in Obantoko.

The Command Public Relations Officer, Abimbola Oyeyemi, said the suspects were arrested April 28, 2018, following a complaint from the victim who reported to the police.

He said the victim, a hairdressing apprentice, said she was going to her boss’ shop on that day, and unknown to her, there was restriction of movement due to a sanitation exercise.

He said one of the suspects, Ishola, who was sitting down in front of his father’s house informed her of the restriction of movement and asked her to come and stay in their house till the exercise ended.

The victim told the police that while she was staying with Ishola, he took her bag inside and when she wanted to leave, told her to go and pick the bag from inside.

According to her, she did not know that he had sent for his friend, Kehinde, who later joined them. They then both forcefully raped her.

The victim’s screams attracted people who eventually rescued her.“On interrogation, they both confessed to the commission of the crime. The victim has been taken to the General Hospital for medical examination,” he added.

Posted by Lawrencia at 7:58 pm
Email ThisBlogThis!Share to TwitterShare to FacebookShare to Pinterest
Labels: Crime