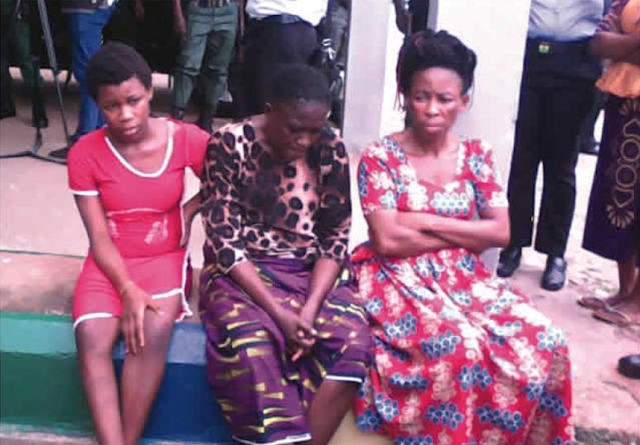 In an interview with newsmen, Daniel said that she was compelled to sell the baby due to financial difficulties. She said that her first baby, also a boy, was sold by her own mother after delivery, hence her resolve to personally sell the second baby.

“My mother sent me away from the house, when I became pregnant for the second baby and because of the financial difficulties, I started looking for somebody to help me.”

Daniel said that she was given N50,000 by the woman that brokered the transaction, 38-year-old Ngozi Nwaiwu, while the nurse, Kate Charles, who helped her during her delivery, got N30,000.

However, Nwaiwu said she was trying to help Daniel, considering her plight. The state Commissioner of Police, Anthony Ogbizi, said the suspects were arrested by police operatives at Osisioma Aba after a tip off, while efforts are being made to arrest the buyer, Mrs. Maria and possibly recover the baby.

Posted by Unknown at 11:50 am
Email ThisBlogThis!Share to TwitterShare to FacebookShare to Pinterest
Labels: Crime