35-Year-Old Nigerian, Jailed For Largest Tax Fraud In US 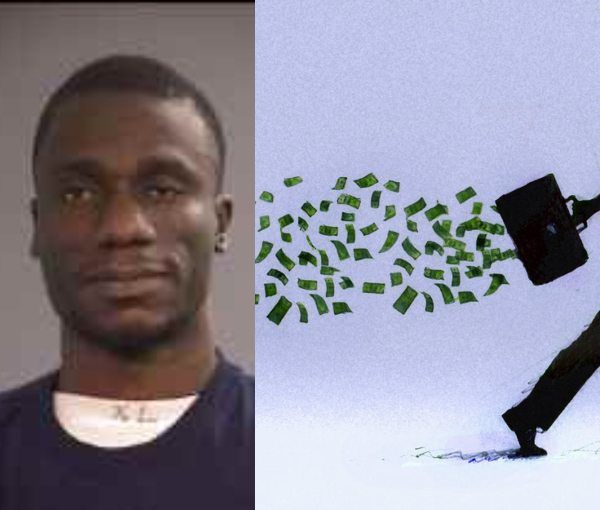 A Nigerian man who masterminded a conspiracy to obtain millions in refunds from the Internal Revenue Service has been sentenced in Oregon to 15 years in federal prison.

Emmanuel Kazeem, 35, who also lived in Bowie, Maryland, was sentenced Wednesday in Eugene. A jury previously convicted him of fraud, conspiracy and aggravated identity theft.

"Emmanuel Kazeem orchestrated one of the largest tax fraud schemes in our nation's history. The complexity of this case and the incredible effort by law enforcement to bring those responsible to justice cannot be understated," U.S. Attorney for Oregon Billy Williams said Thursday.

An IRS criminal investigation found that Kazeem purchased more than 91,000 identities from a Vietnamese hacker that originated from an Oregon company's private database. They were used to file fraudulent tax returns between 2012 and 2015.

Prosecutors said Kazeem used the ill-gotten gains to buy a house in Maryland and put a nearly $200,000 down payment on another. He also tried to use the money to develop a four-star hotel in Lagos, Nigeria.

The authorities began their investigation after an Oregon woman alerted the IRS in May 2013 that false federal and Oregon state tax returns were filed electronically using her and her husband's names.

Kazeem was arrested in May 2015, one day after he transferred a Maryland home to his sister in Nigeria. The U.S. Attorney's office said Kazeem came to the U.S on a student visa and entered a fraudulent marriage to remain in the country.

He will be deported after his release from prison. Kazeem's brother, Michael, and four other co-conspirators previously received prison sentences in the case.

Posted by Unknown at 11:21 pm
Email ThisBlogThis!Share to TwitterShare to FacebookShare to Pinterest
Labels: InternationalNews