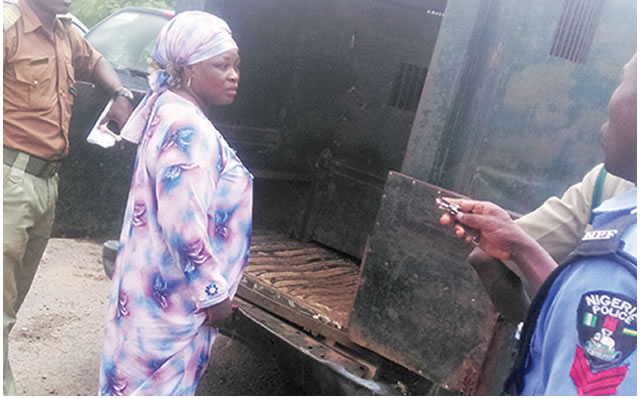 A magistrate’s court sitting in the Iwo Road area of Ibadan, Oyo State, on Thursday sentenced a 47-year-old woman, Funmi Salako, to two years’ imprisonment for defrauding a deaf and dumb of N1m.

The court, which was presided over by a magistrate, Taiwo Oladiran, was told that the defendant, who is a civil servant with the Oyo State Ministry of Land, Housing and Surveying, collected the money from her victim, one Musibau Ilori, under the pretext of helping him to purchase a piece of land for farming along the Ibadan-Oyo Expressway.

Salako was first arraigned on June 5, 2017, on three counts of conspiracy, obtaining and stealing.

The prosecutor, Sunday Ogunremi, had told the court that the defendant and others now at large conspired to defraud a deaf and dumb by collecting the sum of N1m from him.

He said Salako and others at large fraudulently obtained the sum from Ilori under the false pretences of helping him to buy two acres of land along the Ibadan-Oyo Expressway.

The counsel for Salako, Florence Badmus, prayed the court temper justice with mercy because the accused was the breadwinner of her family. She said her client had already refunded the sum of N500,000 to the owner.

While delivering judgment, the magistrate told the convict that she was heartless by overlooking the condition of the complainant and subsequently sentenced her to two years’ imprisonment.

The magistrate, however, gave Salako an option of fine in the sum of N60,000, adding that if she chose the option, the balance of the money must be paid.

Posted by Unknown at 11:23 am
Email ThisBlogThis!Share to TwitterShare to FacebookShare to Pinterest
Labels: Crime