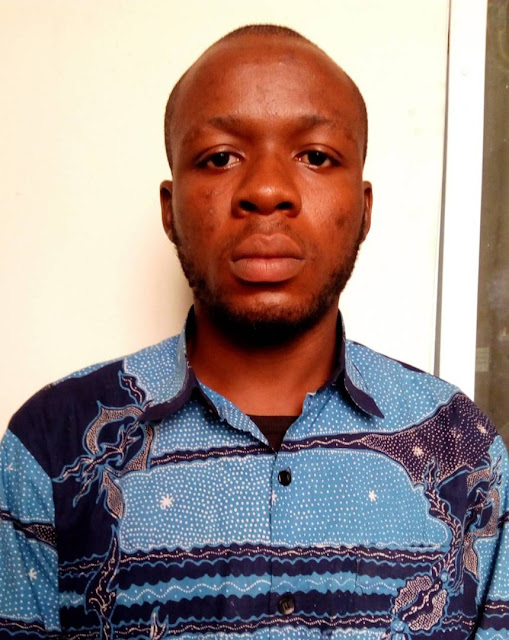 Specifically, Precious allegedly obtained the sum of N2,200,000.00 (Two Million, Two Hundred Thousand Naira) only from one Ikechukwu Casmir, under the pretence of selling a car to him.

He was the leader of a five- man syndicate defrauding unsuspecting people through phony offers of cars for sale. He pleaded not guilty to all the charges when read to him.

Count two read: "that you Unuoya Ibhara Precious ‘M’, Christopher Achamba (at large), Favour Ode (at large), Godspower Agbi (at large) and others now at large on or about 27th of October, 2015 at Port Harcourt in Rivers State within the jurisdiction of this honorable court with intent to defraud did obtain the sum of Two Million Two Hundred Thousand Naira (N2, 200, 000.00) from Ikechuwku under the false pretence of selling a car to him, a pretex which you knew to be false and thereby committed an offence contrary to Section 1(1)(a) of the Advance Fee Fraud and Other Related Offences Act, 2006 punishable under Section 1(3) of the same Act".

The complainant alleged that, sometimes in October, 2015 he contacted a member of the car-sales syndicate: Christopher Achamba, who is at large, and opted to purchase a Toyata Avalon car, 2008 model at the rate of N2, 200, 000.00. He said further that Achamba sent him an Access bank account number with an account name: Osagie Edwin and he transferred the money into the account. Christopher alleged that since October 2015 when he paid into the syndicate's account, he has not taken delivery of the car nor his money returned to him.

In view of the plea of the defendant, prosecution counsel, A.I.Arogha informed the court that he was ready for trial and applied for a date to flag off his submissions. However, the defense counsel, T. Ishmael sued for bail for his client. He pressed that, since his client did not jump the administrative bail offered him by the EFCC, he should be admitted to bail by the court.

Justice Oshomah granted him bail in the sum of One Million Naira and two sureties in like sum. Either of the sureties must be civil a servant on grade level 10 or above, sureties must provide statements of account certified by their banks. They must provide their permanent addresses within the jurisdiction of the court and deposit their international passports or driver’s licenses with the Court Registrar.

The matter was adjourned to 16 November, 2018 for trial while the accused was reminded in prison custody until he fulfils his bail terms.

Posted by Lawrencia at 10:23 pm
Email ThisBlogThis!Share to TwitterShare to FacebookShare to Pinterest
Labels: Crime