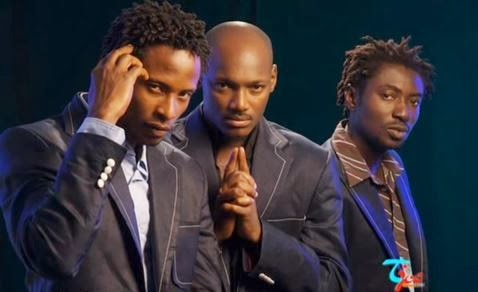 It is no longer news that all is not well with former Plantashun Boiz members, 2face Idibia and Blackface. For the better part of last year, they threw several brickbats at each other, especially with Blackface accusing 2face of stealing his song (s). In the thick of the quarrel, many expected people such as a former member of the defunct band, Faze, to intervene in the quarrel and prevail on them to stop washing their dirty linen in public.

However, in an interview with Sunday Scoop, Faze stated that he made moves to get both singers to sheathe their swords. He said, “I actually tried to make peace between 2face and Blackface. I called them on several occasions and asked them to settle the issue amicably.

However, they have some unresolved issues between them and I think they would settle their differences in due time. Even brothers have rifts; so, there is nothing unusual about it. 2face and Blackface are from the same area and they were even together before I came into the picture. They know how to relate with each other and would come around.”

Speaking about the impact Blackface has had on his career, Faze said, “Blackface really did a lot for me in the early days. He used to advise me about my career and the music industry in general. There were even times that he helped me financially; so, I will always be grateful to him. In the days of Plantashun Boiz, we operated like a family and we were all happy with one another.”

For a long time, fans have waited with bated breath to know when Faze would eventually get married as the singer recently confessed that his biggest regret is not settling down early. When probed further about his marriage plans, Faze said, “It would happen soon. I would rather marry someone who is not in the entertainment industry. Entertainment is a peculiar industry because you have odd working hours and you often have to be away. It takes a woman who is very understanding to adjust to that kind of life.”

On the process he goes through before releasing a song, Faze said, “It is very important to study the market and gauge the mood of the audience before putting out a song. If not, you would miscalculate and the result may not be pleasant. Before I release any song, I make sure that the people close to me listen to it and give their honest opinions about it. Based on their feedback, I could then fine tune it to make it more appealing to a wider audience.”

Posted by Unknown at 10:59 am
Email ThisBlogThis!Share to TwitterShare to FacebookShare to Pinterest
Labels: Gists