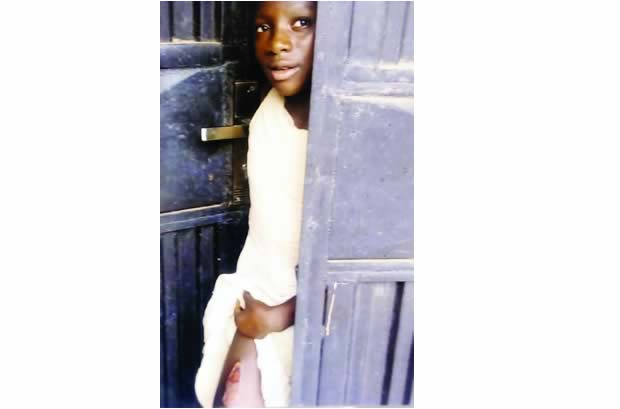 The police in Lagos have arrested one Mrs. Yetunde Bello for allegedly torturing her 10-year-old housemaid, Paulina, with a hot iron.

It was learnt that Bello, who is a nurse, inflicted an injury on Paulina’s lap with the iron as punishment for damaging the knob of a tap on the premises of her residence located on Odutan Street, Araromi, in the Iyana Ipaja area of the state.

Saturday PUNCH learnt that Bello had been subjecting the girl to assaults since January 2018 when she was brought from Benue State, where her parents live.

The suspect reportedly relocated Paulina to Lagos with a promise that she would enrol her in a school, which she never did.

Our correspondent learnt that the abuse of the girl reached its height sometime in May 2018 when the little girl damaged the knob while she was fetching water for the woman, who had gone to work that day.

It was learnt that Bello met Paulina ironing clothes when she returned from work. Entreaties by neighbours that the girl should be forgiven for the offence fell on deaf ears as she allegedly snatched the iron from her and slammed it on her lap.

Bello reportedly left the girl in pains without providing treatment for the wound.

The girl was walking along the street one day when a resident sighted the injury and beckoned at her. Paulina was said to have confided her plight in the resident, who reported the assault to a human rights group, Esther Child Rights Foundation.

The resident, who spoke on condition of anonymity, told Saturday PUNCH that the foundation subsequently reported the case at the Gowon Estate Police Station and the mother of two was arrested.

He said, “The woman has been abusing the girl for some months now. She did not allow her to go to school. She brought the girl from her village in Benue sometime in January 2018 and burdened her with a lot of domestic chores. She would beat her to correct any mistake she made.

“Recently, the woman instructed her to fetch water from the tap. Unfortunately, she damaged the knob of the tap in the process and was scared to tell her boss knowing that she would be seriously dealt with.

“When the woman returned from work, neighbours begged her to pardon the girl. On getting inside, she met the girl ironing clothes. She collected the iron from her and placed it on her lap.”

A source said 37-year-old Bello told the police that Paulina fell on the ground and sustained the injury, but the girl refuted the claim, insisting that her boss slammed the hot iron on her.

The Lagos State Police Public Relations Officer, CSP Chike Oti, confirmed the incident, adding that the woman had been arraigned.

He said, “The suspect is a nurse. She has two kids and the victim, a 10-year-old girl lived with her.

“She was arrested for assaulting the girl and charged to Ogba Magistrate Court on May 28, 2018. The case was adjourned till July 4 for trial.”

The coordinator of the human rights foundation, Esther Ogwu, decried the assault on Paulina, noting that Office of the Public Defender, Lagos State Ministry of Justice, had also waded in to ensure that the victim gets justice.

She said, “I can’t imagine a woman using a hot iron on a child simply because she spoilt something. All promises by the woman to send the child to school were simply false as everything she experienced was suffering.

“After using the hot iron on the victim, there was no treatment for the child. This is wickedness of the highest order. Parents should engage in family planning in order to ensure that they have the necessary provisions to take care of their children instead of giving them out. The matter has been charged to court.”

The OPD Director, Mrs. Olayinka Adeyemi, said the agency had provided legal representation for the victim in court with a view to ensuring diligent prosecution and justice.

She said, “The child was allegedly assaulted by the woman. We are holding a watching brief for her to ensure that she gets justice. Meanwhile, she has been taken into protective custody.”

Posted by Unknown at 3:29 pm
Email ThisBlogThis!Share to TwitterShare to FacebookShare to Pinterest
Labels: Crime