Man Found Innocent And Set Free After 27 Yreas In Jail 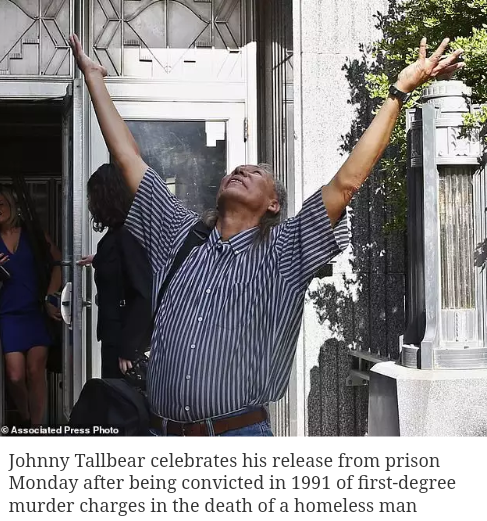 An Oklahoma City man who was sentenced to life in prison for the 1991 slaying of a homeless man was released Monday after testing on DNA recovered at the crime scene failed to match him.

A judge vacated the sentence and dismissed the case against Johnny Tallbear, 61, ordering his immediate release.

Tallbear, who raised his arms skyward in joy as he exited the courthouse, said he feels 'A very great sense of relief. I've been fighting this case for 27 years, ever since they put the handcuffs on.' 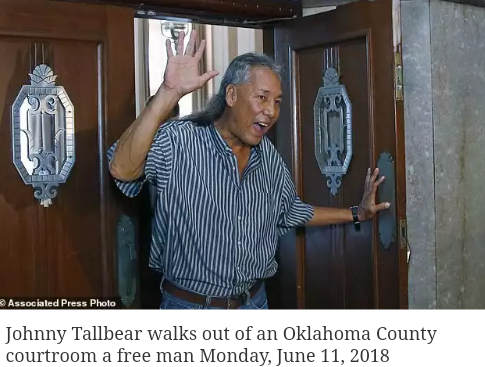 Thompson said the Innocence Project took the case at Tallbear's request and after examining evidence, including blood samples that were recovered at the scene and kept by the local crime laboratory, but failed to match Tallbear.

Tallbear was convicted in 1992 in the beating to death of a homeless man who has never been positively identified.

He maintained his innocence, and reports at the time said Tallbear screamed at the jury when his conviction was announced.

Prosecutors joined in the motion to vacate the conviction and dismiss the the case.

'Though we disagree ... as to his actual innocence, we don't believe that it's appropriate to keep him incarcerated at this time,' District Attorney David Prater said after the hearing.

'Based on the fact that if the jury could have had that (DNA) information in front of them at the time of the trial, they may have reached a different verdict.' 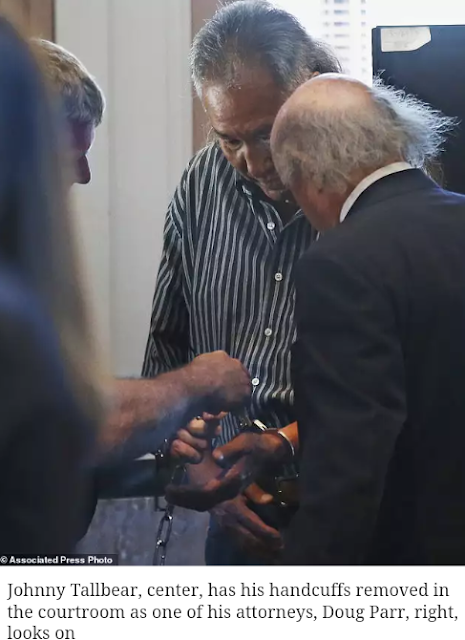 It was not clear whether Tallbear will file a wrongful conviction lawsuit against the state.

Thompson said she did not know whether Tallbear will sue and Tallbear said only that his next step is to seek a congressional investigation into Oklahoma's prison and judicial systems.

Posted by Lawrencia at 7:09 am
Email ThisBlogThis!Share to TwitterShare to FacebookShare to Pinterest
Labels: InternationalNews