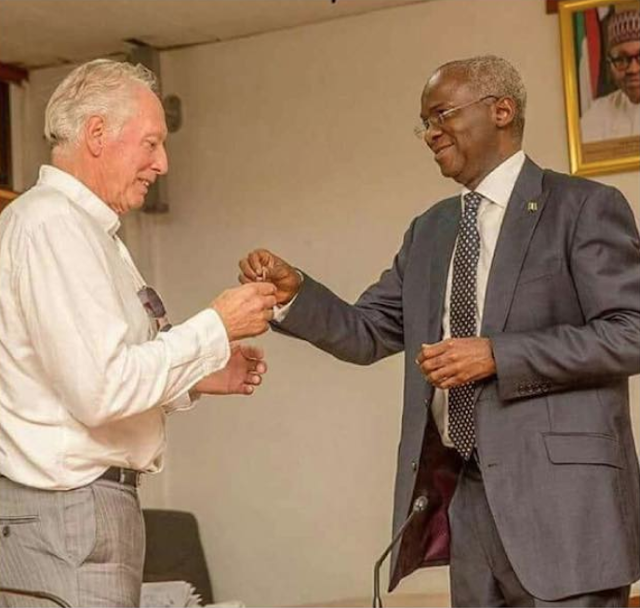 On Tuesday, the FG fulfilled its promise to former Super Eagles coach, Bonfrere Jo, handing him the keys to a three-bedroom apartment in Gwagwalada, Abuja.

The Dutchman was promised a house after guiding the national U23 team to win the men’s football event at the Atlanta ’96 Olympic Games.

Minister of Works and Housing, Babatunde Fashola, who handed Bonfrere the keys during a brief ceremony in Abuja, said the reward would inspire the Eagles at the 2018 World Cup competition in Russia.

Fashola said, “Let me on behalf of the President apologize to you that it has taken so long for the Nigerian government to come through.

We thank you for your contribution to the development of our country, our youth, football and to say that it is better late than never. Nigeria always comes through, we have come through for you.”

The 71-year-old thanked the Flg and stated that the gesture would encourage sportsmen and women to work hard, knowing that their achievements would not go unrecognized.

Posted by Lawrencia at 10:58 pm
Email ThisBlogThis!Share to TwitterShare to FacebookShare to Pinterest
Labels: NationalNews