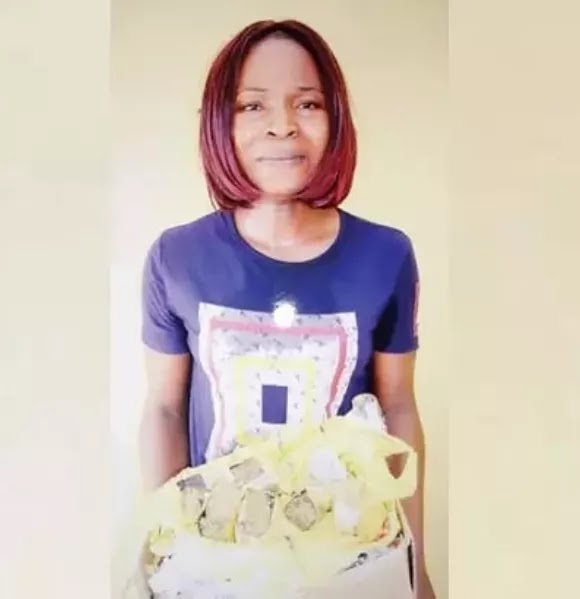 Officers and men of the Nigeria Prisons Service (NPS) in the Federal Capital Territory (FCT) command have arrested a woman visitor to the medium security prison at Kuje, Miss Ijeoma Franca Joseph, for alleged drug trafficking. Ijeoma was allegedly arrested for possessing parcels of weed suspected to be Indian hemp.

The substance, according to a statement yesterday by NPS spokesman in the FCT, Chukwuedo Humphrey, was concealed in a carton of spicy biscuit.

Humphrey said the item was discovered during a routine search on visitors by the prison's workers attached to the facility.

During the interrogation, the NPS spokesman said Ijeoma claimed that a man identified simply as “Mr. Daniel had engaged her to take some package to his brother, Mr. Miracle Amechi, who is an inmate in Kuje prison.

The package includes a carton of spicy biscuit, rolls of milk and Milo, shirts and N2,500, and that she was ignorant of the real contents of the carton of the spicy biscuit”.

Posted by Lawrencia at 8:22 pm
Email ThisBlogThis!Share to TwitterShare to FacebookShare to Pinterest
Labels: Crime