Photos: Buhari Tenders National Apology To Family Of MKO Abiola For The Annulment Of The June 12, 1993 Presidential Election 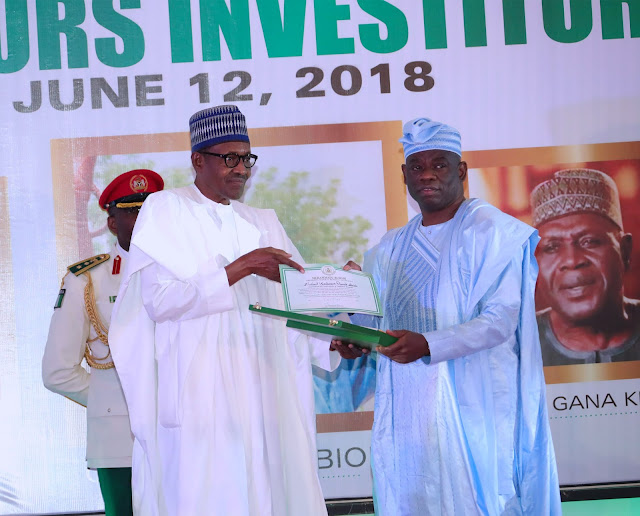 President Muhammadu Buhari on Tuesday performed the investiture of national honours on heroes of democracy and tendered a national apology to the family of late Chief Moshood Abiola, for the annulment of the June 12, 1993 presidential election which was adjudged to have been won by Abiola.

MKO Abiola and Ambassador Babagana Kingibe were the candidates of Social Democratic Pary (SDP) that contested the election in 1993.

Buhari also tendered national apologies to all those who struggled for the actuallisation of the election, including journalists, politicians and all other stakeholders. 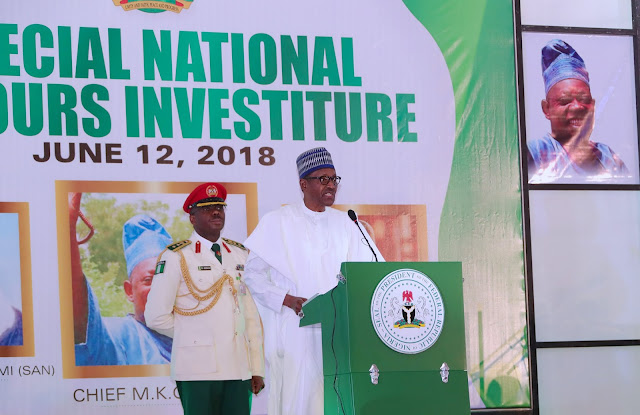 Buhari said as he presented the awards that the ceremony was not to open old wounds of inexplicable annulment of the election which was clear to have been won by MKO Abiola.

“We recognise that an error has been committed.

“We will no longer tolerate such perversion of justice.

“This honour if for the grievous injustice done to the country.

“It is meant to assist at healing the wounds and building national reconciliation of the 25 years of wounds caused by the annulment.

“I earnestly urge Nigerians to accept it in good faith and bury the past of June 12.

“We are celebrating June 12 as a democracy sustenance, freedom, unity and national cohesion.

“It will impact impact positively on the next generation.

“I tender the nation’s apology to the family of MKO Abiola, Also to those who struggle and stood for June 12.” 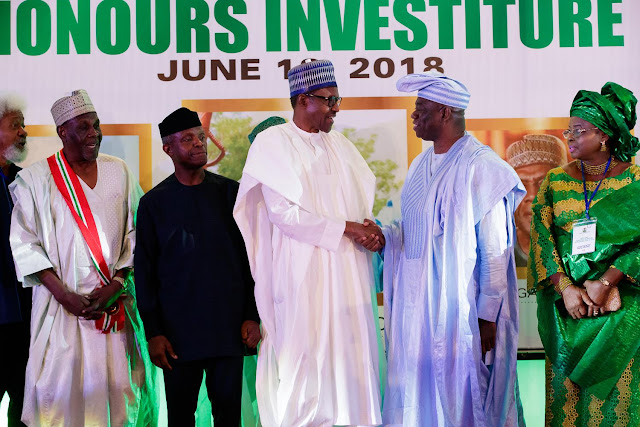 Buhari declared a minute silence in honour of the victims of June 12.

Mr Kola Abiola and his sister Hafsat Biola spoke on behalf of the family of MKO Abiola, saluting Buhari for the honour done to the gladiators of June 12 and for honouring their father.

Hafsat said “Today is important because in presents the unity of Nigeria.”

She appealed to all politicians to appreciate Nigerians,

“I urge all Nigerians to support President Buhari.” 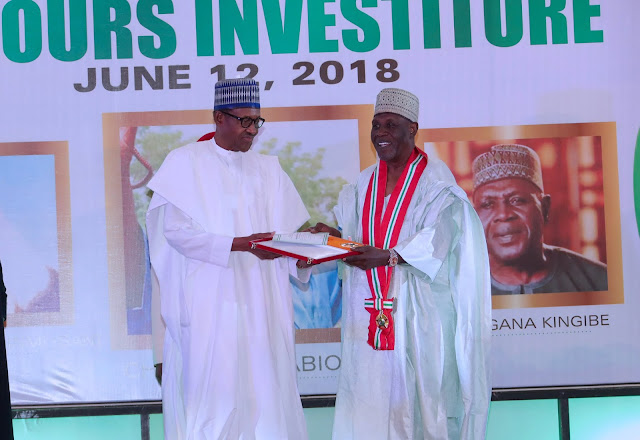 Acknowledging the apology tendered by Buhari, Hafsat in her stoic philosophy, also apologised to President Buhari and members of his family.

“By recognising June 12, you have awoken all those victims of the oppression and also a call-up for a new beginning for the defence of the country.” 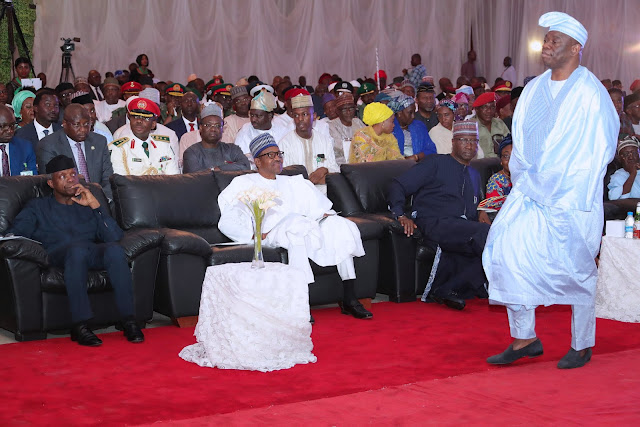 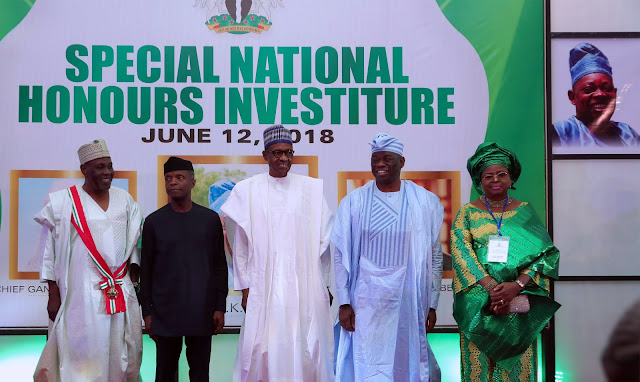 Posted by Lawrencia at 7:03 am
Email ThisBlogThis!Share to TwitterShare to FacebookShare to Pinterest
Labels: NationalNews