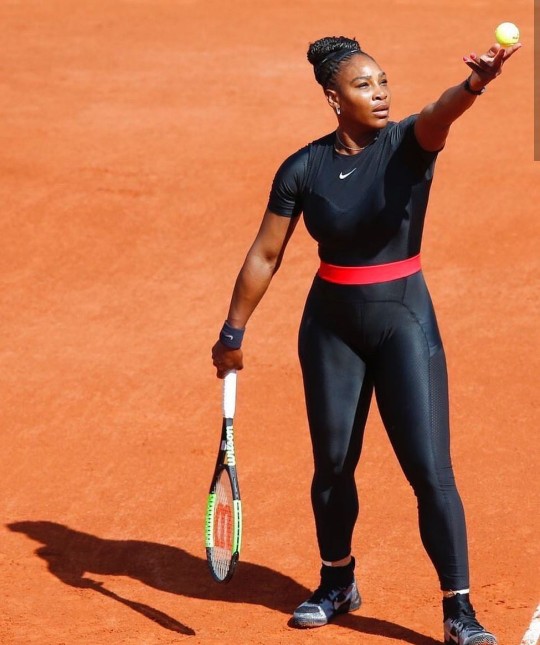 Serena Williams has withdrawn from the French Open shortly before she was due on Philippe Chatrier Court to face Maria Sharapova in a much-anticipated fourth-round showdown.

The 36-year-old 23-time grand slam champion, playing in her first slam since the 2017 Australian Open after maternity leave, told a news conference in Paris she had a pectoral muscle injury.

“Unfortunately I’m having some issues with my pec muscle. Right now I can’t actually serve so it’s kind of hard to play,” she said.

Williams also revealed that she will have an MRI scan on Tuesday and was non-committal on her Wimbledon prospects.


“It’s very difficult,” Williams added. “I love playing Maria. I’ve made every sacrifice I could. I made a commitment to myself and my team that if I wasn’t at least 60% I wouldn’t play. I’ve never felt this in my life. It’s so painful.

“I’m beyond disappointed. I gave up so much from time with my daughter & time with my family all for this moment. So it’s really difficult to be in this situation.”

Williams played in the women’s doubles with sister Venus yesterday.

“I thought [doubles] was a perfect opportunity to see how I was going. I tried a lot of different tapings and support. It didn’t get a lot better.”

Sharapova will now play either Garbiñe Muguruza or Lesia Tsurenko in the quarter-finals.

Posted by Lawrencia at 8:51 pm
Email ThisBlogThis!Share to TwitterShare to FacebookShare to Pinterest
Labels: InternationalNews