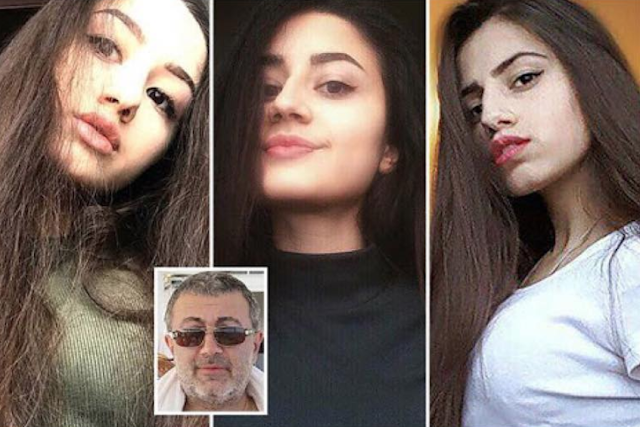 Three Russian sisters who allegedly stabbed their sexually abusive father to death after 'years of torture' are now facing 15 years in jail.

The teenagers Kristina, 19, Angelina, 18 and Maria, 17, are accused of murdering their heroin-addict father Mikhail Khachaturyan. He was found with dozens of stab wounds near a lift inside the family's block of flats in Moscow, Russia.

Kristina told police: “We hated him and we wanted just one thing to happen – either that he disappeared or that we never knew him. We wanted him just to go away and never come back.”

The sisters alleged that on the day of the attack he had threatened them with a knife. One of the sisters had grabbed the knife and stabbed him, and the others joined in the attack.

Friends and neighbors claimed the father was tyrannical and that his wife left him because of his abuse, while a son, now a student at Moscow University, had been “thrown out” of the home by the father.

One family friend said she knew that at least one girl had been “sexually abused”.

Posted by Lawrencia at 7:42 pm
Email ThisBlogThis!Share to TwitterShare to FacebookShare to Pinterest
Labels: InternationalNews