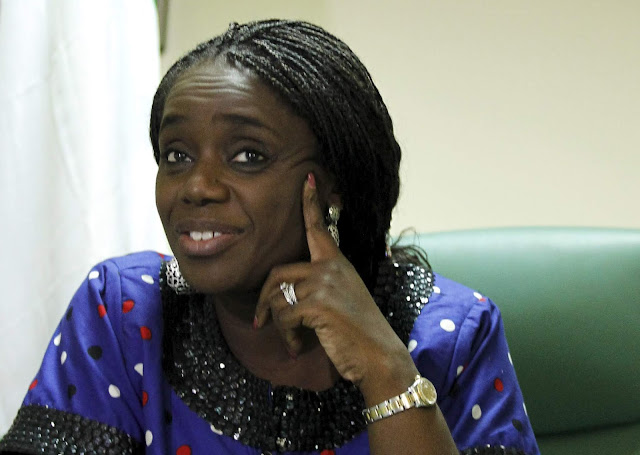 Nigeria’s Finance Minister, Kemi Adeosun, allegedly did not participate in the mandatory one-year national youth service scheme. Instead, she forged an exemption certificate many years after graduation.

Eligible Nigerians who skipped the service are liable to be sentenced to 12 months imprisonment and/or N2,000 fine, according to Section 13 of the NYSC law. Section 13 (3) of the law also prescribes three-year jail term or option of N5,000 fine for anyone who contravenes a provision of the law as Mrs Adeosun has done.

Subsection 4 of the same section also criminalizes giving false information or illegally obtaining the agency’s certificate. It provides for up to a three-year jail term for such offenders.

Mrs Adeosun’s official credentials obtained by PREMIUM TIMES show that the minister parades a purported NYSC exemption certificate, which was issued in September 2009, granting her exemption from the mandatory service on account of age.

Having graduated at 22, it is obligatory for Mrs Adeosun to participate in the one-year national service, for her to qualify for any job in Nigeria.
However, at the time of her graduation, the young Folakemi Oguntomoju, as she then was, did not return to Nigeria to serve her fatherland.

When she eventually returned to Nigeria in 2002, Mrs Adeosun still did not deem it necessary to participate in the NYSC scheme. She simply accepted a job offer at a private firm, Chapel Hill Denham. However, ostensibly concerned that she might run into trouble for skipping the mandatory scheme, Mrs Adeosun, sometime in 2009, procured a fake exemption certificate.

The NYSC does not issue exemption certificate to anyone who, like the minister, graduates before turning 30, top officials of the scheme familiar with the matter told PREMIUM TIMES.

The State Security Service, charged with vetting appointees to top government positions, failed to detect that her NYSC certificate was fake.

Some federal lawmakers revealed to this paper that the discrepancy was detected by the Senate during the minister’s confirmation hearing. But rather than probe the issue, they turned it into a tool against Mrs Adeosun. A report linked the certificate scandal to the minister’s excessive, even illegal, funding of the lawmakers, including recently funnelling a N10billion largesse to that arm of government.
From premium times

Posted by Lawrencia at 10:38 am
Email ThisBlogThis!Share to TwitterShare to FacebookShare to Pinterest
Labels: NationalNews