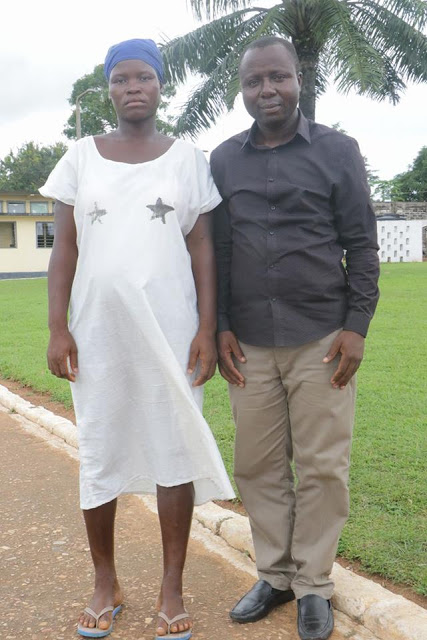 A woman has landed herself in prison after assaulting her husband’s mistress. The woman who is five months pregnant was convicted and jailed for two years after hitting her husband’s side chic with sandals in Ghana.

According to a Ghanaian journalist Ibrahim Oppong Kwarteng,

''I encountered this beautiful young lady at the Nsawam Female Prison last week. She has been convicted for 2 years with a 5 months old pregnancy and came into the prison with her one and a half-year-old son. Her offense? She tells me her “husband” brought his girlfriend into the house and gave the lady her dress to wear.


She couldn’t believe what was unfolding in her eyes and could not contain the humiliation. She confronted the lady and a fight ensued. In the course of the struggle, she hit the lady with a sandal she laid hands on and was jailed for assault. Since coming to prison, this so-called husband has never visited her.

My appeal is for some of our judges to fully consider the overall context of events before handing down sentences. I have a feeling they are sometimes misled by the police? For how long will the Alternative Sentencing Bill which could possibly prescribe community sentences in such cases, continue to gather dust in Parliament?

Shouldn’t pregnant women be given suspended sentences instead? I simply don’t understand why the Criminal Offences Act 1960 which obviously needs a review after so many years of usage continue to dictate the pace. We are all not safe!

She has a fine of 1400 Ghs to pay and another 2000 for the injuries caused to her attacker, making it 3400 Ghs in all to secure her release.

Posted by Lawrencia at 10:18 pm
Email ThisBlogThis!Share to TwitterShare to FacebookShare to Pinterest
Labels: InternationalNews