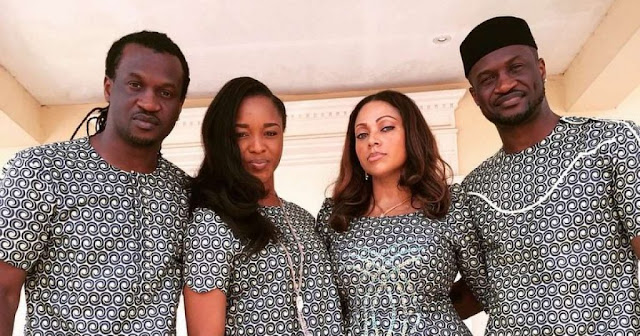 Peter Okoye (Mr. P) accused his twin brother of triggering the infamous Psquare breakup by insulting his wife and kids and still expecting them to play together but Paul Okoye (Rudeboy) has responded denying the allegations.

I think Paul should clear his name and stop hiding behind it being a private and family affair..they made this public and should finish it publicly and if not stop talking about it and move on.

I am just wondering why in heavens name Paul would insult his brother'S wife...what did beautiful Lola do to warrant the insult? I don't get it but it is not fair if true.

Did someone say Lola is older than Peter? So what!!!... Age is nothing but a number and the duo are still going stronger those who married young wives... Mscheeew #end of a rant'

Posted by Unknown at 8:28 pm
Email ThisBlogThis!Share to TwitterShare to FacebookShare to Pinterest
Labels: Gists