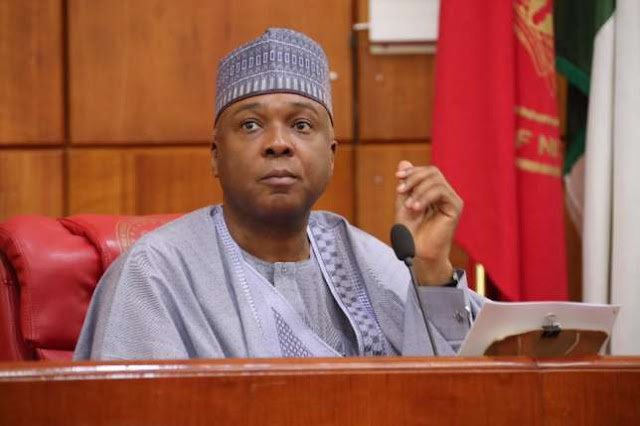 Senate President Saraki has defected from the APC to Peoples Democratic Party(PDP).

Senate President, Bukola Saraki wrote on his Twitter page today: “I wish to inform Nigerians that after extensive consultations, I have decided to take my leave off the All Progressives Congress (APC).”

He explained that his decision followed due consultations with the people and in response to calls by major stakeholder groups in the state.

Ahmed added that he defected to PDP, having realized that the All Progressive Congress (APC) can no longer serve as a platform for achieving the aspirations and expectations of his people.

Posted by Lawrencia at 7:09 pm
Email ThisBlogThis!Share to TwitterShare to FacebookShare to Pinterest
Labels: NationalNews