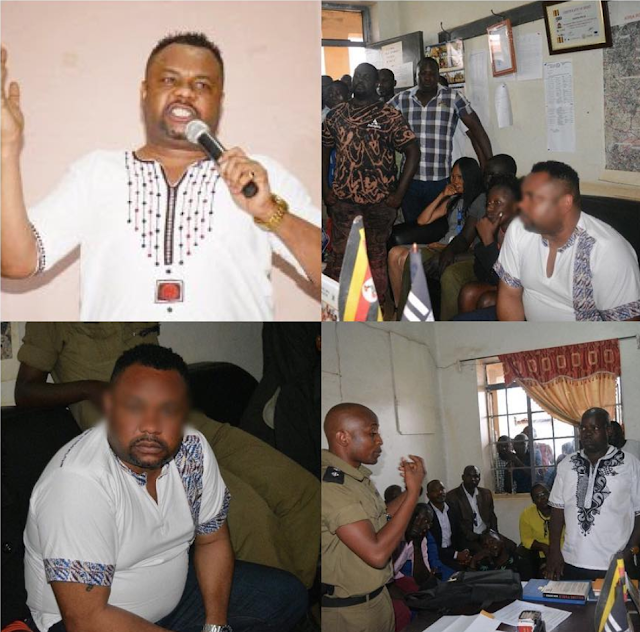 The Director of Development Channel Company (DCC), Charles Nwabuikwu Lambert, has been arrested for his role in the fraud and money laundering scheme.

The arrest came as a result of angry workers of various transport companies trying to set ablaze one of the premises owned by DCC, as they forced their way into lynch Nwabuikwu, over their unpaid arrears.

One of the transporters told police that, DCC had since October hired a total of 63 Prado SUVs to ferry various dignitaries around different parts of Uganda, promising the owners daily income.

However, after accumulating profits, the company decided to channel the monies into other ventures, leading to an accumulation of 127 million Uganda shillings debt.

Upon being contacted in regards to their payments, the company director fed the angry creditors with a number of excuses, sparking off a scuffle and the consequent response by Kira Road Police to solve the concern.

According to the complainants, the company perpetrated a complex scheme under the guise of a poverty alleviation company aimed at empowering Africans with a lifetime payment in a ruse designed to defraud victims located throughout Uganda.

The company marketeers lure the unsuspecting victims into buying iPads known as “No Drop Out” to Ugandans at $278, after which the buyer fills a form and gets a profit sharing certificate.

The victims are then falsely promised of a guaranteed monthly payment of $100 for the rest of his life, six months after receiving their profit sharing certificate.

Upon arrest, Nwabuikwu admitted to having diverted the funds in a bid to expand the company and requested the complainants to be patient with him and agreed on period of time to pay back their money.

Posted by Unknown at 1:13 pm
Email ThisBlogThis!Share to TwitterShare to FacebookShare to Pinterest
Labels: Crime