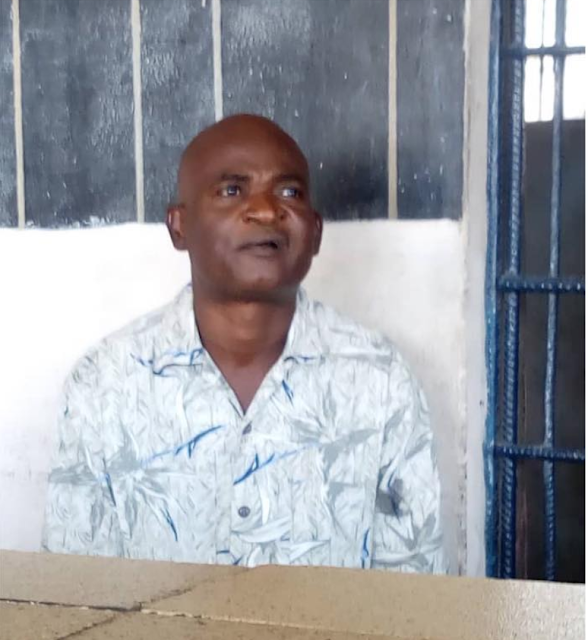 One Felix Idehen alias Alaye has been arrested for allegedly raping an 11-year-old primary schoolgirl at 8, Imagbon Street, Fadeyi, Lagos.

According to TheNation, the 54-year-old Danfo driver was apprehended following a report by a group, Child Protection Network (CNP) on Friday afternoon.

It was learned that the suspect started the sexual assault on his victim when she was 9-year-old. According to the police, Idehen had serially abused the minor and turned her into a sex machine.

“The last times he had sex with the victim were on August 19 and 23. He had three rounds of sex with her and told her not to inform anyone. The victim said the suspect used to fondle her breasts and that he usually overpowered her when no one was around,” according to a source.

Posted by Unknown at 8:36 pm
Email ThisBlogThis!Share to TwitterShare to FacebookShare to Pinterest
Labels: Crime