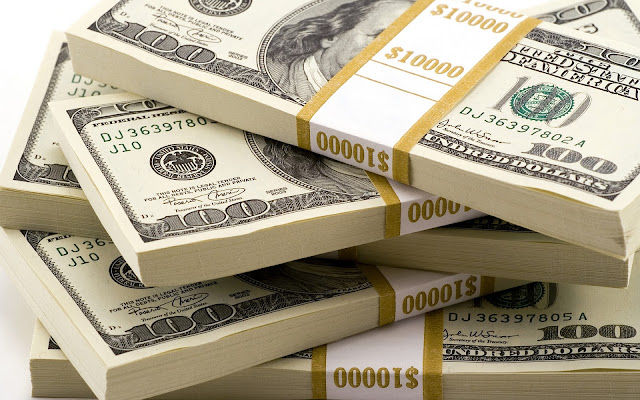 The Central Bank of Nigeria (CBN), said the aggregate foreign exchange inflow into the country stood at $91 billion in 2017, a record compared with 2016.

The bank disclosed in its 2017 annual report released on Thursday that the figure was an increase of 45 percent from $62.75 billion in 2016.

The bank also said the figure surpassed the total outflow by $57.32 billion in the period.

In percentage terms, inflow through the CBN accounted for 46.3 percent, while autonomous sources took 53.7 percent.

Outflow via autonomous sources was calculated at $3.13 billion

The increase was attributable to the increased intervention by the CBN in the inter-bank and Bureau De Change (BDC) segments of the foreign exchange market.

Posted by Unknown at 9:24 am
Email ThisBlogThis!Share to TwitterShare to FacebookShare to Pinterest
Labels: NationalNews