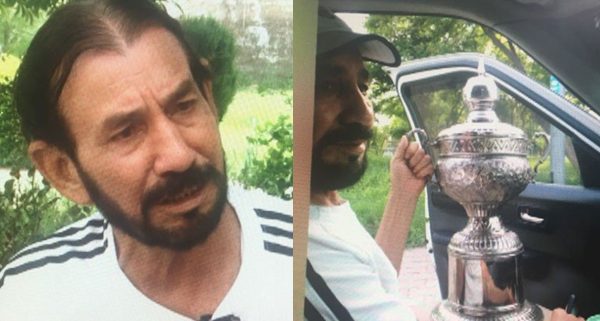 The 68-year-old tennis star, who has been playing tennis for the last 50 years, won three International Tennis Federation cups.

In a recent interview with Geo TV, he said; “I took my cups to sell to Arif Sahib, at Pakistan Sports Board, as I had no choice. I prefer death over insults at the hands of a landlord who knocks at my door asking for rent, which I have been managing through thick and thin until now.”

Gul Hamid said he has told Chief of Army Staff General Qamar Javed Bajwa and Prime Minister Imran Khan, to fix a reasonable monthly stipend for him or give him at least some low-grade job like a groundsman. 📷: Geo TV

Posted by Unknown at 7:26 pm
Email ThisBlogThis!Share to TwitterShare to FacebookShare to Pinterest
Labels: InternationalNews