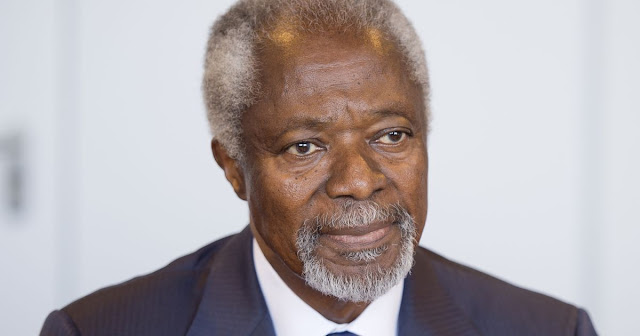 Annan, who was born in Ghana in 1938, served as the seventh UN Secretary-General, from 1997 to 2006, and was the first to rise from within the ranks of the United Nations staff.

Annan was awarded the Nobel Peace Prize jointly with the United Nations in 2001 "for their work for a better organized and more peaceful world."

Posted by Unknown at 11:35 am
Email ThisBlogThis!Share to TwitterShare to FacebookShare to Pinterest
Labels: InternationalNews