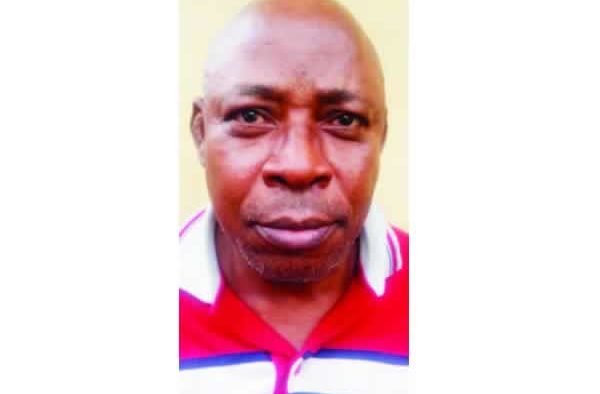 PUNCH Metro gathered that the Anambra State indigene, who owned a company, C & J Majesty Global Trading Company Limited, had visited the country for a business.

A friend of his was alleged to have introduced him to Ogbonyomi Taiye, who claimed to be a licensed oil dealer in the country.

Our correspondent gathered that after the duo signed a Memorandum of Understanding on February 2, 2018, Okolo paid $80,000 (N28.8m) to Taiye for crude oil.

The money was said to be part payment for shipment of two million barrels of Bonny Light Crude Oil, as the parties agreed that an additional $40,000 would be paid upon a successful delivery of the product.

The vessel purportedly conveying the oil was allegedly diverted to India.

Okolo, who spoke to our correspondent, said he petitioned the Economic and Financial Crimes Commission and the State Criminal Investigation and Intelligence Department, Yaba, over the case.

The victim lamented that efforts to recover his funds had been abortive.

He said, “Uzoma (friend), a man I trusted brought Engineer Taiye, who said he would deliver petroleum products to my company through the official channel. He said we would have to charter a vessel.

“He gave us the name of the vessel and other particulars. With the way the communication was going, we thought we were dealing with an honest person. He went as far as signing an agreement with us and that was how we got convinced that he was real.

“But immediately the money was transferred, things went wrong. He said he would pay back the money, but since February, when this incident happened, we have not got our money back.

“I called Engineer Taiye and he made me to stay in a hotel for three months, spending about N5m. When he was arrested, the police brought me back to Nigeria and despite spending more time and money; I did not get back the money.”

The 50-year-old said it was the second time he would be allegedly defrauded in two years.

“Engineer Taiye claimed to be a petroleum dealer with regular allocation from the Nigerian National Petroleum Corporation. Uzoma was the one who introduced him to me. I am worried because this is not giving us a good image abroad and my business partners have been on my neck,” he added.

A police source said Uzoma was the first to be arrested and arraigned, adding that Taiye was arrested in Port Harcourt, Rivers State, on July 13, 2018.

It was gathered that after the arrest of Taiye, another businessman, Dr Godknows Itamunaola, surfaced at the SCIID and allegedly said the suspect had equally defrauded him.

“In the course of investigation, it was discovered that the suspect is a serial fraudster. On June 23, he defrauded one Dr Godknows Itamunaola of the sum of N1.3m,” the source added.

The Kogi State indigene was subsequently arraigned before an Ebute-Meta Magistrates’ Court on two separate charges of fraud.

The first charge read in part, “That you, Ogbonyomi Bartholomew Taiye, and others at large, on February 12, 2018, on Ariyo Street, in the Ejigbo area of Lagos State, in the Lagos Magisterial District, did conspire among yourselves to commit felony, to wit: obtaining money under false pretences, stealing and issuance of dud cheque….

“That you, Ogbonyomi Bartholomew Taiye, and others at large, on the same date, time and place, in the aforementioned magisterial district, with intent to defraud, did obtain the sum of N33.8m from one James Okolo of C & T Majesty Global Trading Co. Limited under the pretence of supplying Bonny Light Crude Oil to him, a representation you knew to be false….”

The police prosecutor, Cyril Ajiofor, said the offences were punishable under sections 411, 314 and 280 of the Criminal Law of Lagos State of Nigeria, 2015.

He pleaded not guilty to the charges and elected summary trial.

The magistrate, A.O. Komolafe, admitted him to bail in the sum of N100,000 with two sureties each in like sum.

Posted by Unknown at 11:18 am
Email ThisBlogThis!Share to TwitterShare to FacebookShare to Pinterest
Labels: Crime