Photos: Beast of No Nation’ Star, “Strika” Now Begs For Alms In Ghana 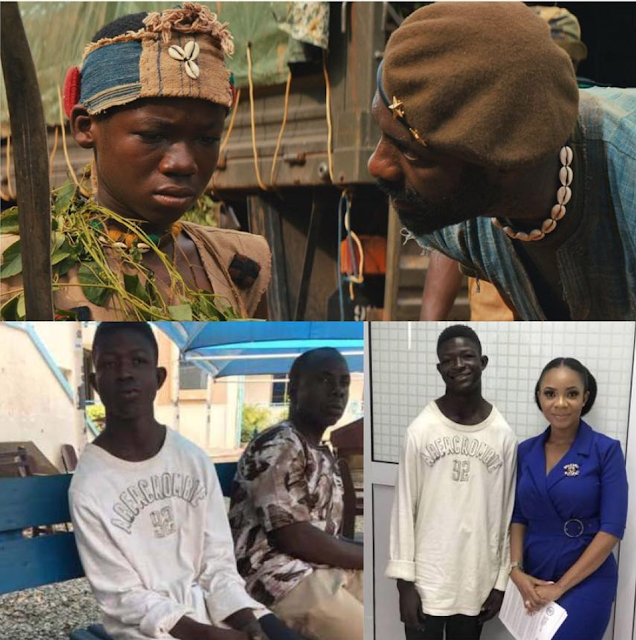 Emmanuel Nii Adom Quaye popularly known as “Strika” in the movie Beasts of No Nation has reportedly been seen begging on the streets of Accra, Ghana.

Caleb Boye who claimed to have seen him took photos of him after speaking to him and posted them with this comment;

“I am sad this morning. I was heading to the Ghana Institute of Journalism campus and I met Striker. You would ask who is Striker? Striker starred in the movie Beast of No Nations. The said film that made Abraham Attah.

Today I met him begging for money on the road leading to GIJ. I called him and brought him to campus. Speaking to him he tells me he now works with a gentleman who sells Yam at Agbogbloshie Market. He stays with his grandma at North Kaneshie.”

Posted by Lawrencia at 5:14 pm
Email ThisBlogThis!Share to TwitterShare to FacebookShare to Pinterest
Labels: Gists