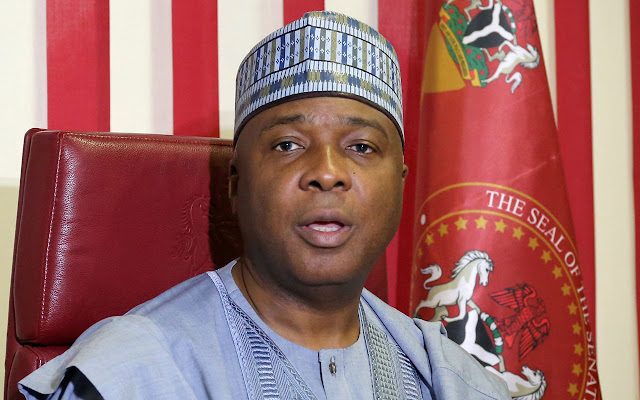 The Senate President Bukola Saraki has declared his intention to run for the presidency. He disclosed this today at a not too young to run conference.

The Not-Too-Young-To-Run movement, the platform on which Senate President Bukola Saraki announced his intention to run for the presidency, has disowned its affiliation with the 55-year-old politician.

According to a statement by the group signed by one of the Conveners, Mr. Samson Itodo, the movement was displeased with Saraki’s action.

Saraki on Thursday used the platform provided by the forum to denounced the government and formally made a declaration to run for the office of the president to the consternation of the movement.

“The movement wishes to express its disappointment with Senator Saraki for usurping a platform designed for young aspirants to dialogue with party leadership to advance his political ambition.

“We strongly condemn this act by the President of the Senate and dissociate ourselves from this political move.

“As noted earlier, the movement reaffirms its identity as a non-partisan citizen-led movement dedicated to the defense of democracy, political inclusion, and transformative leadership.

“The movement restates its commitment to sustain its engagement with political parties to ensure youth candidacy and democratic party primaries.”

Itodo said that as part of efforts to promote youth candidacy and democratic party primaries, the group commenced series of public town hall meetings with the leadership of political parties and young aspirants.

According to him, this is to address the challenges faced by young aspirants in securing party tickets.

He said they the movement scheduled three town hall meetings with the leadership of the All Progressive Congress (APC); People’s Democratic Party (PDP) and other parties.

He said that whilst addressing participants at the town hall, Senator Saraki declared his intention to run for the office of the President in the 2019 elections.

Posted by Lawrencia at 11:16 pm
Email ThisBlogThis!Share to TwitterShare to FacebookShare to Pinterest
Labels: NationalNews