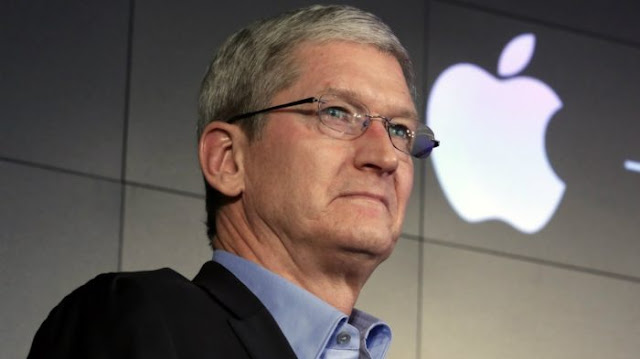 U.S. Tech giant Apple Inc has made world history as the first private company in the world to record a market valuation of $1 trillion and even surpass the milestone.

PetroChina owned by the Chinese government briefly broke the $1 trillion barrier in 2007 during its initial public offering, but has since dropped back down.

Shares of Apple briefly hit $207.05 in late-morning trading, before retreating somewhat. The gains came after the iPhone maker reported strong earnings late Tuesday that prompted a two-day rally in the share price.

As with other landmarks — such as the Dow crossing 25,000 for the first time — the Apple record is significant because of its resonance beyond the financial universe.

“The $1 trillion mark is more psychological, and sends a message of growth and size into the market,” said Howard Silverblatt, senior index analyst at S&P Dow Jones Indices.

But many financial insiders view the record as a non-event, despite breaching the psychological barrier.

“There’s no real excitement on the trading desk,” said Karl Haeling of LBBW. “It’s one of those things that does not mean anything by itself… it’s more a testimony of the importance of Apple on the market.”

The landmark is the latest victory for Apple chief executive Tim Cook, who faced skepticism when he took reins of the iconic technology giant in 2011.

He took over after the death of founder Steve Jobs, who was identified with launching many of Apple’s most iconic products, including the iPhone smartphone and the iPad tablet.

But Cook has gradually won accolades from investors by pumping out a series of solid financial results and further spreading Apple’s products to China and other foreign markets.

On Tuesday, Apple reported that net profit jumped more than 30 percent to $11.5 billion. Revenue in the fiscal third quarter soared 17 percent to $53.3 billion from the same period a year earlier due to sales of pricier iPhones, online services and wearable devices.

The record also cements the continued supremacy of US technology companies to the broader market, with other large technology giants Amazon, Google-parent Alphabet, Microsoft and Facebook regularly rounding out the top five in market.

Posted by Unknown at 7:51 pm
Email ThisBlogThis!Share to TwitterShare to FacebookShare to Pinterest
Labels: InternationalNews