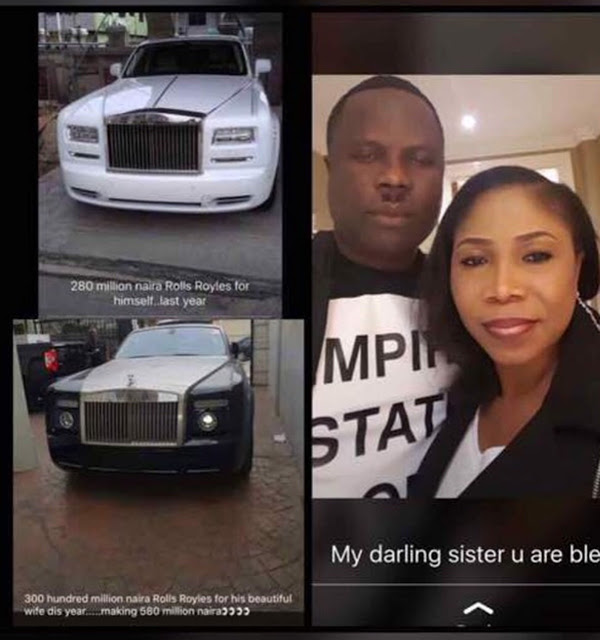 Warri Billionaire Kenneth Bramor recently bought a Rolls Royce for the ''love of his life'' Timi, the UK based Mother of his four kids months after taking on a new wife.

According to insiders, Kenneth may have bought the whip to compensate for all the hurt he caused the mother of his four kids after marrying a second wife in November 2017...

Insiders say ''Ken has been with Timi and spent two months straight with her Abroad trying to make it up to her.....The RR is currently parked in the Magodo home Timi normally stays in whenever she is in Nigeria before she heads on to Warri.

Timi whom sources allege was with Mr. Ken before he made money also lives in a house in Knights-bridge bought in her name by Ken.

The Couple is back together and Mr. Ken has allegedly refused to see the new wife he married months back and the reason for this are not whispered except that the olofofo wants to celebrate that true love wins in the end...

This is a developing story so expect another Angle.

Posted by Lawrencia at 7:27 pm
Email ThisBlogThis!Share to TwitterShare to FacebookShare to Pinterest
Labels: Gists