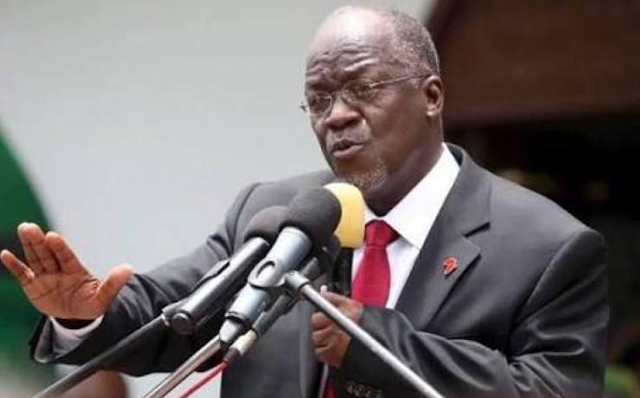 Speaking at a public rally in Meatu in Simiyu Region, Magufuli told the people not to listen to those advising them to adopt birth control, some of it coming from foreigners, because, they have sinister motives, reports The Citizen.

Magufuli described those using family planning as lazy because they are afraid they will not be able to feed their children. “They do not want to work hard to feed a large family,”  he said.

“You people of Meatu keep livestock. You are good farmers. You can then feed your children. Why would you opt for birth control? These are my views, but I do not see any need for birth control in Tanzania,” he said.

He added: “I have travelled to Europe and elsewhere and I have seen the side effects of birth control. In some countries, they are now struggling with declining population growth. They have no labour force,” President Magufuli, who was on a tour of Lake Zone regions said.

He urged Tanzanians to keep reproducing because the government was increasing investment in maternal health specifically and the health sector in general. He said the government is about to construct 67 district hospitals countrywide.

Magufuli was speaking in the presence of the United Nations Population Fund representative in Tanzania, Jacqueline Mahon, and the minister for Health Ummy Mwalimu.

Magufuli had in 2016, said Tanzanians can now give birth to as many children as possible because education was no longer expensive. “Women can now throw away their contraceptives. Education is now free,” President Magufuli had said.

Posted by Unknown at 8:56 pm
Email ThisBlogThis!Share to TwitterShare to FacebookShare to Pinterest
Labels: InternationalNews