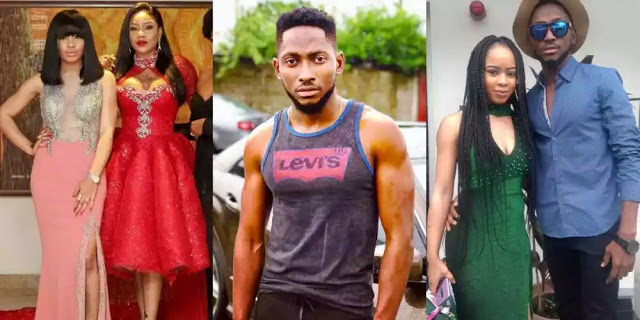 In a live Instagram video yesterday, she revealed that Miracle didn’t do anything for Nina with the money he won, that he also didn’t get her the car he promised her. According to her, he led her on after the reality show.

She said in parts, "Upon all those things they did on national TV for example...Look at Teddy A and Bambam. One thing I respect Teddy A for, I swear to God, I will say it today is the fact that sees we don't even know what is going on between them. I love the way he stands up for Bambam every time.

These people are human. They can do whatever they want on TV.
Three months! Three months! They were there. Ah ah Body no be firewood na. Something or another thing will happen. Everybody is expected to be responsible for their actions.

But immediately they came out of the house, I feel like, he should have just told the girl "Nina wa o, ah I just used you o. It's a competition o. I just used you. Let's know that I just used you and forget about this thing...Waka your own.
But everyday, you lead her on, you lie to her, you spend time with her! I see this things and I issued up about this, Trust me and next thing he came and told her "Let's keep it private relationship. Mumu''

''I will tell her, "This guy that is not supporting you in public; she will say "Mama I love him and he loves me too.
Because I can't stop their love. Who am I to... I have my own thing in my body Na.
Who am I to tell somebody, "Oya don't love somebody.
It's very hard to tell somebody that loves somebody that they should stop loving somebody.
love. You can't control who you love. It's only God that can do that..then who am I to do that. But I have to respect what she wants for herself''.

''You know... The truth is that everybody has been sending me Dms or they are telling me "what am I doing, this is happening, that's happening.
Anything that happens with her, they call me and tell me. Like "What's going on, what are you doing about it?"

Durrrh o, what will I be doing about it, Am I the manager of her private part? ...LMAOOOOOOO

She's an adult. You know... But the truth is that she's still very young and these people think they can take advantage of this girl and I have to practically fight the world, maybe to protect her. She still has a long way to go and correct all these mistakes. Miracle's mistake is small. She needs to learn how to correct the mistakes and move on from it.

Man is not even her problem. She's focused. She's doing different things. She has a lot of things she's doing, releasing, launching and like plenty things that she wants to do''.

Posted by Lawrencia at 10:18 pm
Email ThisBlogThis!Share to TwitterShare to FacebookShare to Pinterest
Labels: Gists