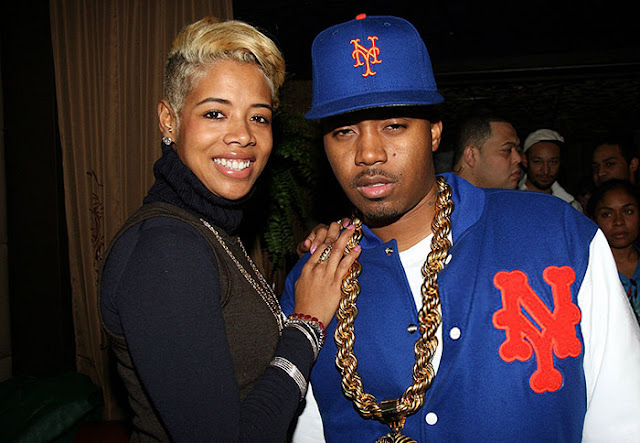 American rapper Nas has responded to domestic violence claims his ex-wife Kelis made again him during an interview she granted in April 2018. He wrote:

"PART 1.The Price I Pay To See My Son. And apologies in advance for the typos as I am speaking from the heart as a man who has had enough. Today I got a call from essence about my ex-wife doing another sad fictitious story. Nothing surprises me anymore, including this. This is what your life has come to sis?


Exploiting some people’s Real struggle and pain...just to get at me....to get attention? Fame? Another fight against men? We are a human family and we should be better examples for our son. Why is there even a issue for me to have time with my son? A son needs his father. So many absentee fathers out here and here i am being attacked by your accusations simply because i got us in court to help fix this the custody matter?

Why did i have to take you to court to see our son? Why when i win the joint custody ( which is a win for both of us and our son, it helps us with both our schedules) why do you feel thats an attack on you? Is it control ? Why do you need to have control over my life? because we’re not together? Then why? Is this being rewarded and praised by people who are being taken advantage of by you and your lies?

To all separated couples out there who are cordial and co parent nicely GOOD FOR YOU. I wish that was me. I’m the most chill cool parent there is. Who has time to argue ? About what? It’s about our little guy. You haven’t had to deal with what I’ve been dealing with. Trust me.

I’m a mild mannered god fearing very fair human being who tries his hardest to please everyone. It’s my nature.
I’ve seen this too many times before.

And there was times i thought Kelis my ex wife was not this type. This is the type of antics that deceive people and people mistakenly call it strong. Seems I always had more belief in you than you do for yourself. I instilled strength in my daughter who you were already so jealous of and treated poorly. Being jealous & verbally abusive to a Little girl.

PART 2.
In life you have to work hard to be successful, not try to tear someone down for that’s the most coward way. Women are the essence of life. I cherish them. My strength is given to me from my mother. I am everything she taught me to be. I was raised in a single home by a single woman. I am a very proud black man.

I shouldn’t have ignored the signs from your your first song and video I HATE YOU SO MUCH RIGHT NOW. But I thought you was beautiful. You came into my life at a time i was grieving from my moms passing. You was a friend. Because of that i wanted to marry you. And i did. And we had a big lavish wedding. Overall there was too many good times. I have to say i wasn’t the most faithful husband. I was immature. I’m sorry about that. But you bumped your own head sis.

Why do i have to live thru a constant divorce? It didn’t work out. Life goes on. I’m not coming back to you. Your married and im happy for you and I’m a extremely happy black brother out here trying to make a difference for my kids and the next generation of young people who see me as huge inspiration in music, art,business, education and so on.

After 10 years of keeping my silence during a decade of dealing with very hostile behavior and verbal abuse and even your stepfather holding you back from one of your physical violent Attacks on me right outside your house THIS YEAR while trying to pick up our son while he watched from the window, it was my weekend and you denied me that because your parents were in town. I just went home. This has been my life for my son’s entire life. Even our son wonders why you treat me the way you do?

PART 3.
There’s some seriously crazy things i won’t i disclose for our son’s sake.
Because you keep my son from me ive been going thru lawyers to stop you from this bullshit I’m tired of it. I’m tired of you painting a bad picture of me. I’ve been tired of it but you never seem to get tired.

I even had to be in a relationship with you AGAIN after we separated just so i could see my son & I AM JUST TIRED.
Back then you asked me why didn’t i stop the divorce from happening. I tried! We are too different. Some things aren’t meant to be. We were meant to be so that we could have our son. Nothing more. You didn’t like that. I prayed for your peace of mind for years because of your uneasy soul. I still do. I guess some things take time. You definitely don’t know me now and probably never knew me. You make up this image of me that’s not true but it’s funny because it’s really you describing yourself. You made up stories about me and claimed i did things that YOU DID.

I hate all this, but you were a very jealous wife, and i had to deal with that and that’s the worst feeling. How much heat i had to take from producers, writers, music attorneys and record execs etc who felt your mean spirited wrath and dropped you from labels, from startrack to them all. I stopped talking to jungle & steve stoute because of you & almost lost Anthony because of you.

PART 4.
You used to turn my phone off so my professionals couldn’t reach me and take the battery. You insulted any and everyone whoever was around me. Not a single person in my life loved or could even stand you. Luckily for you our assistants all signed NDA’s or you would have a list of men and women who would happily talk about how verbally abusive and evil you are. Your self saboteur ways has caused you your grief your dealing with. Not me. The altercations you speak of are no more different from what most normal couples go thru, but your exaggerated version is UNJUST. Whenever one is constantly attacked the instinct is to restrain that person or defend yourself to prevent escalation. In hindsight now my advice to young men out there in a situation like that is to RUN at the very first sign of verbal abuse or physical. I herd you said terrible things about me. It makes me feel sad how heartless you can be. You play with strong women’s struggles like they mean nothing. You’re taking advantage of a moment in time where women who are fighting for their lives to get justice and be treated fairly & you just looked at it as an opportunity to get ahead. Like abuse is a game? Like tearing down your son’s father is a game. You have a son! Why are you still competing with me by telling him bad things about me. Guess what sis, he has eyes and ears and smart as ever. i don’t have to say anything. I think he knows what’s really good. You will NOT stop me from fighting for my son. You tell him GOD doesn’t love his dad because his dad doesn’t goto church.

PART 5.
Didn’t want to bring up money but since that’s the fuel behind all of this Let me say that I gave you the tools to be successful after you was dropped from your label. I paid for your cooking school cordon blue.
The expensive yellow stove we had flown in from Europe. I helped pay for the remodeling of your house. Your assistant stole thousands from my cc according to Amex. Out of all people you should be completely understanding of my my grind. But you just can’t win with you. My schedule is CRAZY but you never help me see my son. I’m hardly allowed to talk to him on the phone. Ever.
My lawyer told me bring the cops to your house and show my court orders when you don’t let me get him or answer your phone but who besides you wants to show their kids that his parents are that out of control? I’ve been going thru lawyers to stop you from this bullshit for years. I finally got our custody together to work with both our schedule thru court, while leaving court you tell me your gonna get me back for fighting to see my son and 3 weeks later you’re on camera doing an interview about “your truth”. Interesting timing. Do what you want just don’t violate another court order sis because the judge won’t like that at all. The judge already ordered you to pay my legal fees because he was tired of you wasting everyone’s time in court. No lawyer wants to represent you after what you put them thru. That’s why you texted me today asking me for more child support money-and you want to keep it out court. You will NOT stop me from fighting for my son. Remember GOD sees all. And I’m no longer allowing you to take advantage of the fact that I did not want to respond in a manner that could affect my kids , friends or family publicly. THAT ENDS TODAY.

PART 6.
Everything with her is a plot and a scheme. Has no merit. No foundation
I didn’t Wana speak up because i have real respect for our women. And definitely my son. I do not beat women. I did not beat up my ex wife. Stop. You got beat up in court. How much money do you want? Do you want me to relinquish my rights to see my son is that what you want? Just tell me. After all the tweets and posts you made thru the years disrespecting me and my family I still have love for you as the mother of my child BUT I am done with this. This game ends now and GOD will be the judger of all this. And although you tell everyone GOD hates me (some Christian you are) I will survive and thrive from this moment because I know who I am & you have not a clue who you are.

PART 7.
And to all the fans that knew my silence was due to the fact that I don’t openly do this kind of petty shit... I appreciate you riding. And to those that were lead down a wrong path... I get it... very sensitive times and all things must be taken seriously. This is MY TRUTH. And I don’t care what else she has left to say unless it concerns our son. This is the first and last time I’m addressing this. Despite all of this I still hope for the best for her because whats best for her is what’s best for Knight.
Love,
NASIR BIN OLU DARA JONES

Posted by Lawrencia at 9:24 am
Email ThisBlogThis!Share to TwitterShare to FacebookShare to Pinterest
Labels: InternationalNews