Father, Son Defile Neighbour's 14-Year-Old Daughter, Till She Gets Pregnant 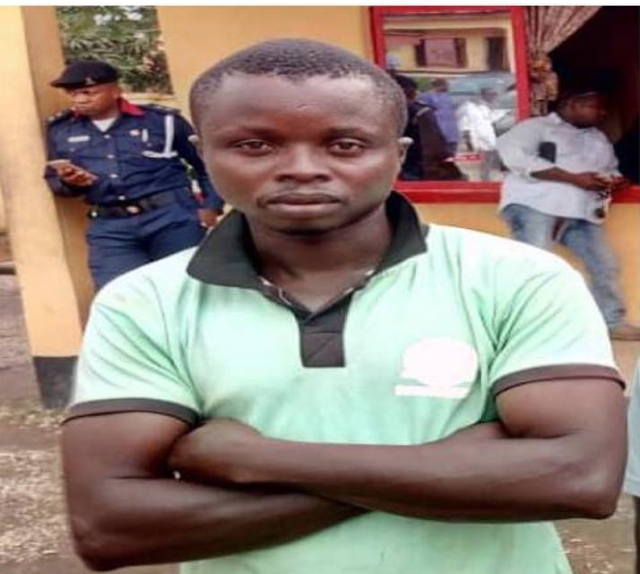 A 39-year-old driver, Dare Omoju, has been arrested by the Nigeria Security and Civil Defence Corps, NSCDC, for allegedly impregnating the 14-year-old daughter of his neighbour in Akure, Ondo State.

The State Commandant of NSCDC, Pedro Awili, revealed that the girl had allegedly been earlier molested and defiled by the suspect’s son, Femi, before he took over and impregnated her.

“Presently the girl is two months pregnant,” Awili said. Narrating how the escapade started, the victim, who is now moving to SS 2, claimed that Omoju had been sleeping with her since she was in JSS 3.

“The first time, he gave me N500 and N300 in second time. The first time he slept with me was when I came to play with his daughter who is my age mate and I slept off that day while I was sleeping in the night he came to where I slept in the sitting room and raped me.

There was a day I was with his daughter in his house also, he sent his daughter on errand and while I was still in their house, he slept with me before his daughter came back.

It was my mother that discover the pregnancy when I was spitting around before she took me to hospital for test. And when the test showed positive I was forced to confess who made me pregnant before I told my parents that it was Omoju that pregnanted me,” she said.

Posted by Lawrencia at 9:32 am
Email ThisBlogThis!Share to TwitterShare to FacebookShare to Pinterest
Labels: Crime