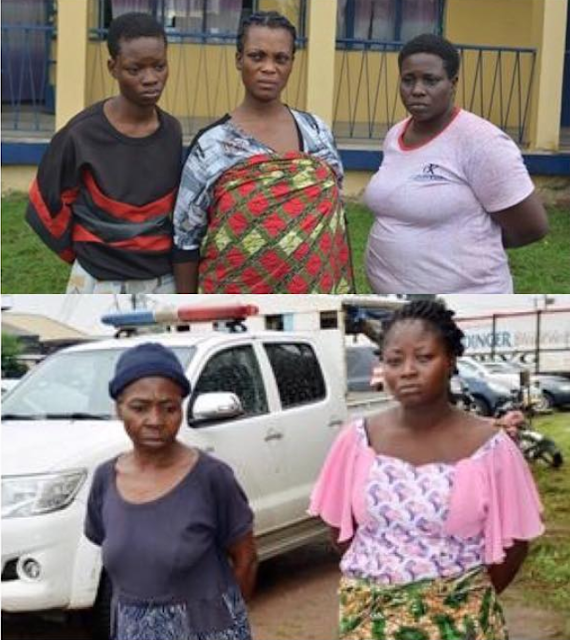 The Imo State police command has arrested five suspects in connection with the trafficking of two babies in the state.

It was gathered that Ifeoma got pregnant and was delivered of a baby boy. She subsequently sold the child to Angelina for N130, 000.

The baby was sold to the proprietor of Unity Hospital Anara in Isiala Mbano L.G.A, where Nwokeogu is a trainee nurse.

The suspects confessed to have received the cash sum of N550, 000 as proceeds, from the proprietor who is currently at large.

Posted by Lawrencia at 1:57 pm
Email ThisBlogThis!Share to TwitterShare to FacebookShare to Pinterest
Labels: Crime