My Wife And I Didn’t Date, We Just Got Married – Comedian Akpororo 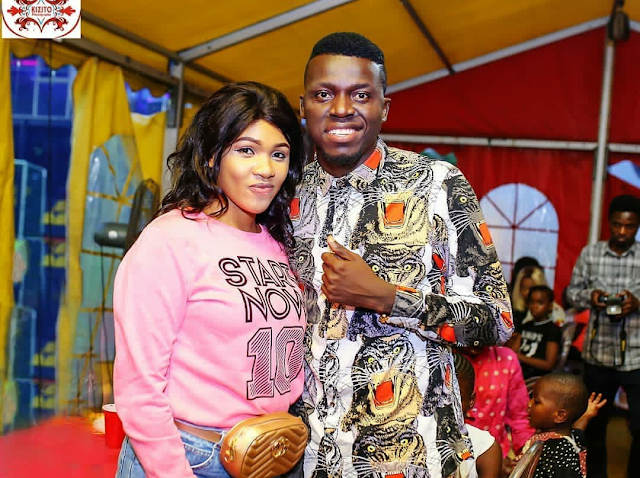 While many people believe in having a long courtship with their partner in order to know them well before marriage, it seems popular comedian, Akpororo, is an exception to the rule.

In a recent chat Saturday Beats, the comedian, and singer hinted that he had known his wife since she was part of a dance group and shortly after they began to exchange pleasantries, they got married.

“I did not date my wife. We are in the same industry and she was with Explicit Dance Group. We had met on some occasions and greeted each other. We never had any period to date; I would say we started dating after we got married. Although I am a comedian, when I approached her, she took my words seriously because whenever I am serious you would easily know.

“I was already popular as of the time I got married to my wife. Some people say that once you get married, your tempo or output in the industry would drop but I do not believe that because whatever you believe would happen to your career is what would happen to it. I changed the belief that you need to date someone for a long period before you get married,” he said.

The humour merchant, who affirmed that Nigerian comedians seemed to always go for beautiful women, however, said it was just a coincidence.

He said, “We work hard and we see beautiful ladies every day so it is only natural to marry a beautiful woman. It is just a coincidence that comedians have beautiful wives, but the truth is that we all love pretty women. When we talk about beauty, it does not have to do with the face alone but character, being hard-working, and a prayer warrior. We just love beautiful women.”

Posted by Unknown at 11:38 am
Email ThisBlogThis!Share to TwitterShare to FacebookShare to Pinterest
Labels: Gists