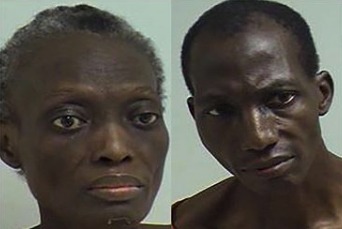 Wisconsin prosecutors charged a father and mother Tuesday with child neglect for allegedly allowing their teenage son to starve to death and his brother to become severely emaciated during a religious fast.

Both charges are felonies and carry a combined maximum sentence of 37 years in prison, the Wisconsin State Journal reported.

Assistant District Attorney Linda Hoffman said Kehinde told police he believes he has done nothing wrong. Titilayo is due to make her initial appearance Wednesday.

Kehinde walked to the Reedsburg police station Sunday to report the death of his 15-year-old son, according to police Chief Timothy Becker. When police arrived at the family’s home they found the dead teen and an extremely emaciated 11-year-old boy.

The mother was also found to be emaciated. Becker said the father told police he was a minister affiliated with Cornerstone Reformation Ministries and that the family had started a religious fast on July 19.

No food was found in the house and police had to force their way into the home because doors were padlocked on the inside. “The residence had no phone, no power, no food,” Becker told the State Journal.

“There was a gym bag in the garage with some clothes in it. That was it, with the exception of a tambourine that was found.”

Hoffman, the assistant district attorney, said Kehinde told police he was planning to move his family to Atlanta. He sold all the family’s belongings and hadn’t paid rent in several months, she said in court.

Dolch told the court that Kehinde had worked at a Reedsburg foundry but has been unemployed since February. The younger boy and his mother were brought to the hospital.

The mother refused treatment, citing religious reasons, and was taken to the Sauk County Jail. The 11-year-old is in protective custody at Children’s Hospital in Madison. Becker said the parents are eating while jailed in Baraboo.

Posted by Lawrencia at 8:04 am
Email ThisBlogThis!Share to TwitterShare to FacebookShare to Pinterest
Labels: InternationalNews