Photo: Nigeria's Most Wanted Fraudster, Bayo Awonorin Extradited From The US To The UK 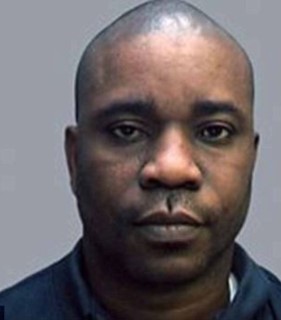 A Nigerian man who had been on Lincolnshire Police' most wanted list since 2013 on suspicion of fraud has been arrested in the USA and extradited to Britain.

Bayo Awonorin, 44, from Bexley, London, had been wanted in connection with Operation Tarlac, a fraud and money laundering investigation in which public bodies including Lincolnshire Partnership NHS Foundation Trust were defrauded of more than £12 million.

He was brought back to the UK and charged with conspiracy to defraud and conspiracy to launder money and was remanded in custody until he appeared at Lincoln Magistrate’s Court, on Friday, September 14.

Awonorin was traced to America by officers from Lincolnshire Police's Economic Crime Unit and arrested in Maryland.

He had been the subject of a BBC Crime watch appeal and the National Crime Agency’s 10 most wanted fraudster’s campaign.

Posted by Lawrencia at 1:21 pm
Email ThisBlogThis!Share to TwitterShare to FacebookShare to Pinterest
Labels: InternationalNews