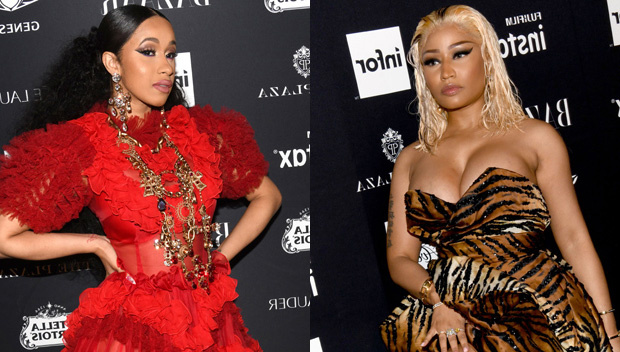 Cardi B and Nicki Minaj nearly got in a physical fight at the Harper’s Bazaar ICONS Party in NYC on Sept. 7. Cardi, 25, apparently was the one who went on the attack, throwing one of her red platform heels at Nicki.

The women were quickly separated but in the process, the back of Cardi’s red gown’s skirt was ripped completely open. Cardi later took to Instagram and ranted that Nicki spoke on her ability to be a good mother to nearly two-month-old baby girl Kulture which is what set her off. 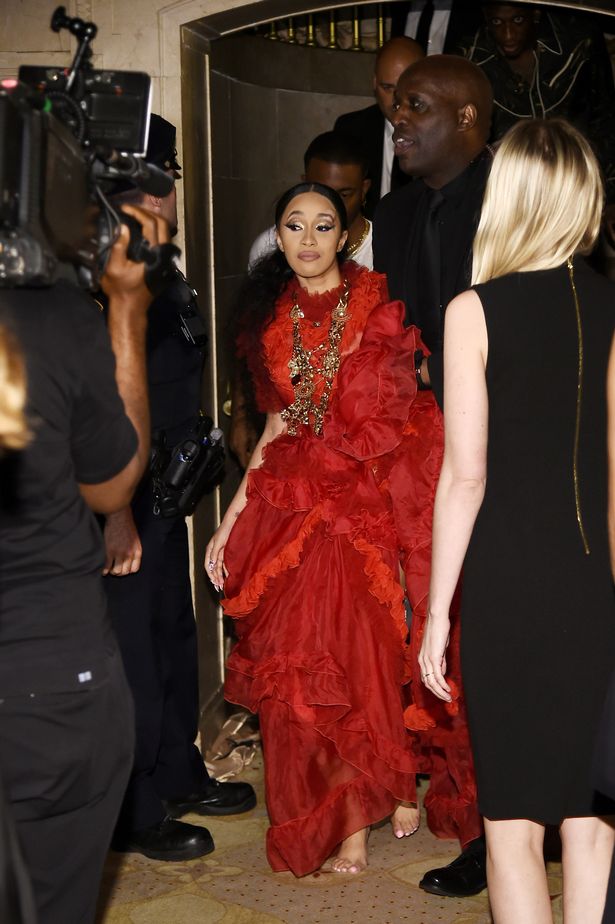 According to TMZ, when Cardi laid eyes on Nicki she said “Let me tell you something” and began to lunge at Nicki. Security was able to swoop in and save Nicki just inches from the “Bodak Yellow” rapper coming in contact with her. Instead as they were getting pulled away from each other, Cardi took off her red shoe and threw it at Nicki.

In video of the actual near-brawl, the crowd begins to scream as something is clearly going down and Cardi is seen in her gorgeous red ball gown being pulled away by security who keep telling her “No! No!” Somehow during the altercation the entire left side of Cardi’s long, full skirt ended up ripping all the way to her belt and then some, exposing her bare butt and white thong. There are reports that LHHNY’s Rah Ali punched Cardi in the head as she was going after Nicki. 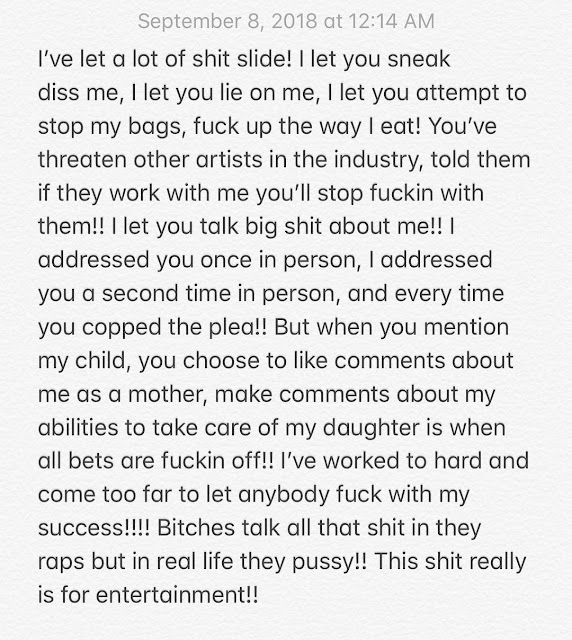 Immediately after the shoe throwing incident, Cardi left the event. She was seen with a huge bump over her left eye and walked out of the Plaza Hotel barefoot. She had to hold on to her torn up skirt as not to expose herself. It looks like Nicki remained inside the event. When she arrived she was in great spirits, waving to fans while wearing an animal print sleeveless ball gown with a voluminous skirt. If she really was talking smack about Cardi and her baby, that’s not right. Kids are off limits when it comes to beefs.

Posted by Unknown at 8:42 am
Email ThisBlogThis!Share to TwitterShare to FacebookShare to Pinterest
Labels: InternationalNews