Why I Dislike Davido And His Kind Of Music – Fela’s Daughter, Motunrayo Anikulapo-Kuti 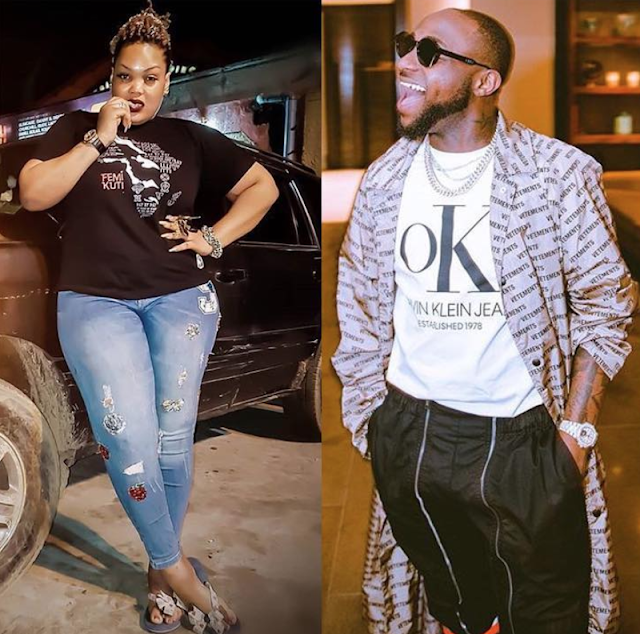 The daughter of Fela Anikulapo-Kuti has revealed how much she dislikes Davido and his music, vanguardngr reports.

In an interview with Showtime, Motunrayo Anikulapo-Kuti said: “Last week, I contacted an Instagram page that has been promoting Davido to post and promote a content I’ve and they said since I’m Fela’s daughter I should pay N20,000.

They made jest of me saying ‘Oh, Fela’s daughter had only N20,000 in her account’. This is one of the reasons I don’t like him; I’ve never liked him.

There was a time he came to Afrikan Shrine and sat on my chair; I told him he was sitting on my chair that I was older than him with more than 8 years, that, he should get up for me.

I advised him not to think that because he’s Davido he can just come and sit on my chair. He eventually stood up though. I’ve royalties I collect and my net worth is ten times more than Davido’s.

If I begin to think of how long I’ve been making money or when I started making millions, Davido had not dreamt of making the money he’s spending now. I don’t think Davido is a good artiste, I don’t like him.

I’ve never related to his songs because he usually sings about girls, love, money and I’m not interested in that kind of music.

I want music that would give me intelligence, music that would make me feel okay when I’m in a particular situation, not songs that would be telling me about a woman, a gold digger, an expensive shoe, accessory or whatever.

That’s why I love Nicki Minaj; if you listen to her hardcore songs you’ll get a lot of intelligence from it.”

Posted by Unknown at 8:59 pm
Email ThisBlogThis!Share to TwitterShare to FacebookShare to Pinterest
Labels: Gists