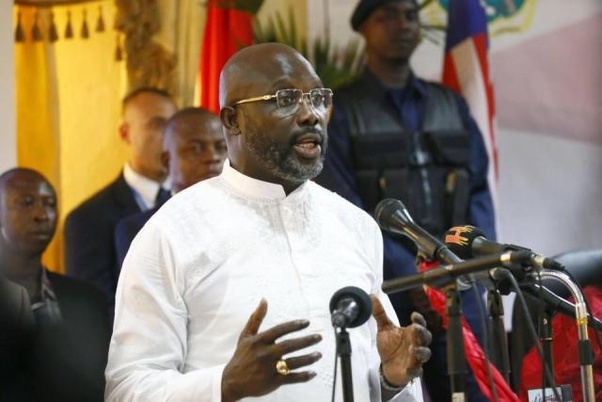 “Today, I’m excited to announce that I have declared the University of Liberia and all other Public Universities in Liberia tuition free for all undergraduates,” Weah wrote on Facebook without giving any further details.

Reports indicate that he made the declaration before students of the University of Liberia at the Capitol Hill campus located in the capital Liberia. The announcement was met with loud cheers and applause.

Students had recently protested against fee hikes accusing the UL administration of unilaterally hiking fees. The students eventually had the audience of the president who promised to look into the issue.

It was at the same meeting that Weah announced that he will visit the school, a promise he kept and during which he disclosed the news. Many economic watchers are now waiting to see the costing mechanism and other fine details of the program.

Posted by Lawrencia at 4:00 pm
Email ThisBlogThis!Share to TwitterShare to FacebookShare to Pinterest
Labels: InternationalNews