Ooni Of Ife’s Ex-Queen, Zaynab, Forgives Him, Congratulates Him And His New Queen 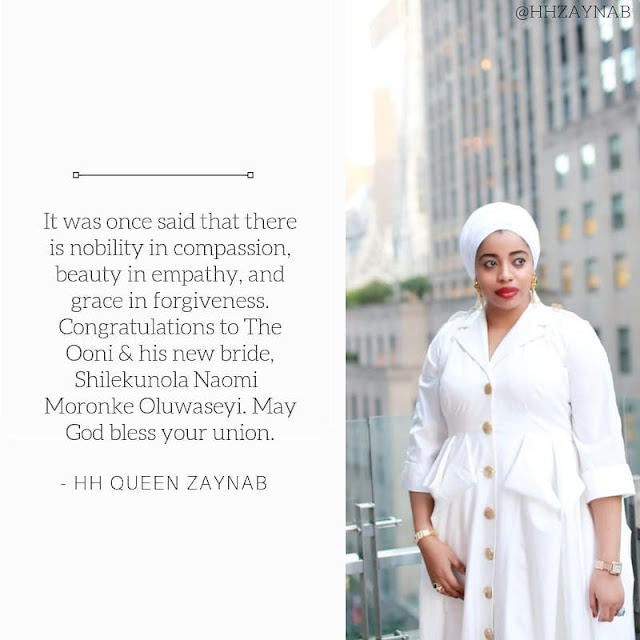 The Ooni of Ife’s ex-queen, Zaynab has sent a congratulatory message to her ex husband and the new queen, Shilekunola Naomi Moronke Oluwaseyi, who got married last week.

The ex-queen, Zaynab took to her I.G page to congratulate the new queen and her husband, saying; she forgives him and congratulates him and his new queen, Naomi.

“It was one said that there is nobolity in compassion, beauty in empathy, and grace in forgiveness. Congratulations to the Ooni & his new bride, Shilekunola Naomi Moronke Oluwaseyi. May God bless your Union”.

Olori Naomi, aged 25 who hails from Ondo city, in Ondo state was wedded to the Oba on Thursday in ljapo area in Azure, the state capital.

Posted by Unknown at 12:45 pm
Email ThisBlogThis!Share to TwitterShare to FacebookShare to Pinterest
Labels: Gists