A London school has reportedly been forced to order Uber taxis for pupils being targeted by gangs amid the capital’s knife crime crisis.

Children are also escorted by staff to bus stops at staggered times to get them safely out of the area, it was claimed today.

The shocking revelation comes as the city has been left reeling by five fatal stabbings in just six days (including three Nigerians).

Pupils deemed most at risk can seek refuge at a store during “danger hours” at the end of the school day, the Times reports.

Police have trained members of staff at hundreds of shops in a London-wide scheme set up in 2008 following the murder of 16-year-old Jimmy Mizen.

Chris Everitt, the head teacher of Harris Boys’ Academy, rated “Outstanding” by schools watchdog Ofsted, told the paper: “We have to tackle this head on. “We can’t shy away from it when we know pupils are at risk. When they come through the school gate they can leave this behind, but they have to go back out again. We want to give them the best possible chance not to be sucked into gangs.” 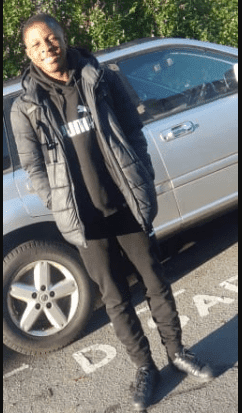 Local Metropolitan Police officers also regularly update the school on the latest gang feuds and movements of gangland “territories” to monitor how it may affect pupils. Workshops and lessons on the horrors of gang life are also being put on at the school later this month.

Posted by Lawrencia at 6:41 pm
Email ThisBlogThis!Share to TwitterShare to FacebookShare to Pinterest
Labels: InternationalNews